Floods and Landslides haunt the northern provinces, especially Nueva Ecija.  Typhoon KOPPU/Lando still dumps up to 133mm of rain per hour within its 600-kilometer radius. Four major dams in Luzon have opened their gates Sunday to release water.

While extreme storm winds initially created havoc in Aurora and Nueva Ecija, the predicted floods and landslides brought destruction and interrupted almost all roads in the north. Residents of flood-hit towns in Nueva Ecija have climbed onto their rooftops as they wait to be rescued. But even boats could not reach all of them, so entire families passed the night on the roofs.

Typhoon KOPPU/Lando has now moved out of the westcoast in the vicinity of San Fernando, La Union. All weather agencies forecast a sharp turn north-northeast and the comeback of the storm over northern Luzon. Meanwhile the cyclone has lost lot of its power and is now a Typhoon Category 1. The storm will remain over northern Luzon at least until Wednesday. 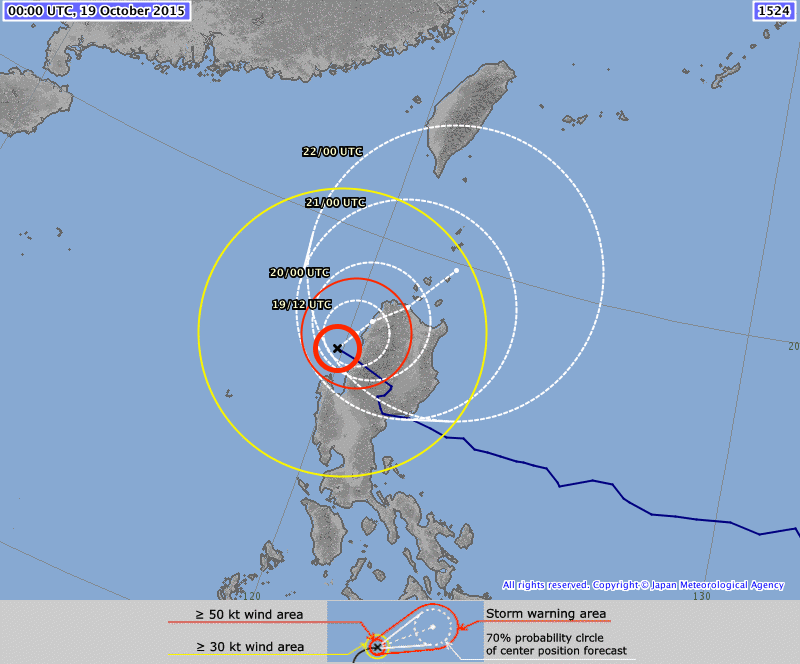 At 4 dams in Luzon the gates have been opened to release water. On the one side this actions prevents the dams from being damaged or spill uncontrolled. On the other side the additional waters enhance the floods in the lowlands. All dams except Magat and Caliraya are below the spilling margin, but Angat dam’s water level rises dramatically with 6.98 meters in the last 24 hours. The La Mesa dam is very near to the spilling limit. Only 0.79 meters or 2.6 feet left. Magat dam has all gates wide open. 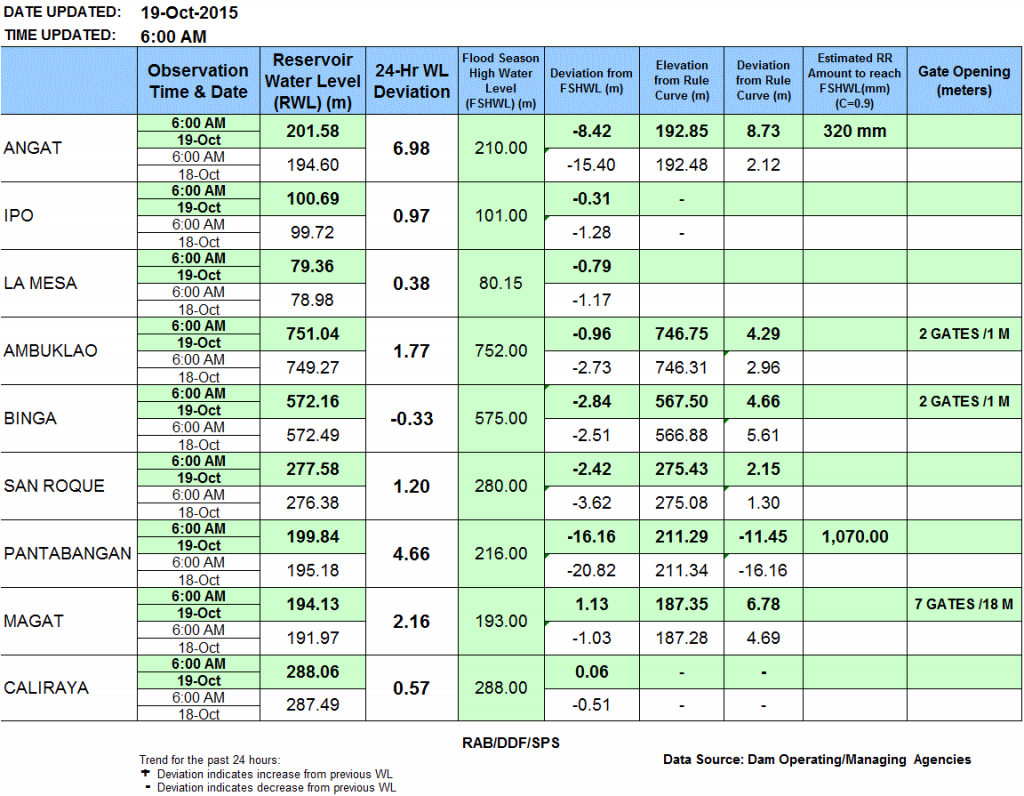 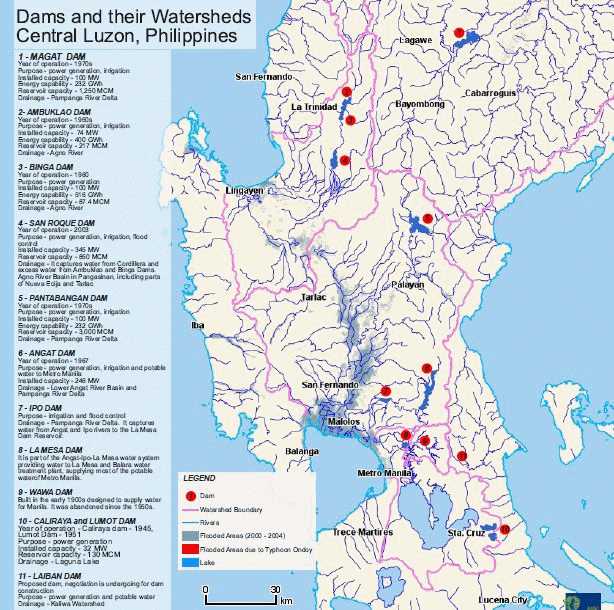 Next update if significant changes.