Weather is slowly getting better 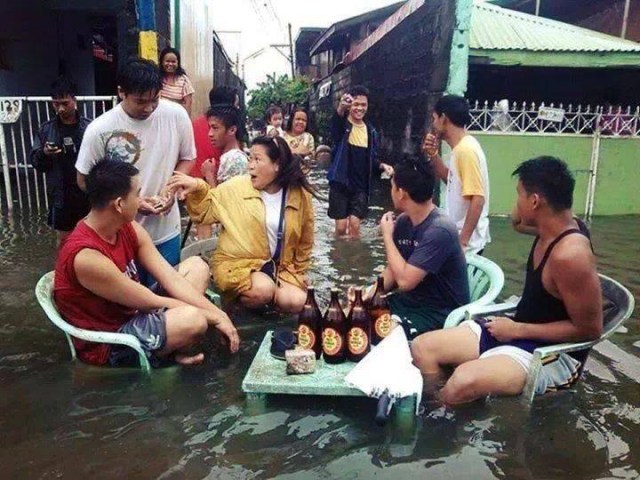 The “INQUIRER” published an interesting overview of the  Tropical Depression LINGLING/Agaton.
Here is an excerpt, a link to the full article is at the end.

Extreme or unusual weather is the new normal; there is no excuse not to prepare for it. The weather disturbance that was “LINGLING/Agaton”—a low-pressure area that developed into the year’s first tropical depression, and then after three days weakened into an LPA again—is more proof that weather patterns are changing. Our disaster response strategies must change as well.

Various parts of Mindanao have been soaked by continuous rainfall for well over a week. Between Jan. 10 and 17, the Tropical Rainfall Measuring Mission of the US National Aeronautics and Space Administration monitored “extremely high rainfall totals of over 1,168 mm (about 46 inches) … near northeastern Mindanao.” But it was only on Jan. 17 that the LPA intensified into a storm. In other words, the soaking did not coincide with Nasa’s monitoring period. Yesterday, our weather bureau Pagasa continued to forecast “moderate to heavy rains” in the area.

The impact has been very serious indeed. The national government lists 27 areas in three regions as having already declared a state of calamity, ranging in size from entire provinces (Agusan del Norte, Lanao del Norte) to moderately sized cities (Iligan, Tagum, Butuan) to smaller towns and municipalities (Cateel in Davao Oriental, Bunawan in Agusan del Sur, and Bislig in Surigao del Sur, to name only three).

As of 6 a.m. yesterday, a total of 42 deaths had been reported, with eight more persons deemed missing. Some 65 persons were also reported as injured. According to the National Disaster Risk Reduction and Management Council, over 800,000 persons were affected by the weather disturbance, with a fourth of the total, or 203,022 persons, actually displaced and moved to 565 evacuation centers.

The NDRRMC also monitored 16 landslides and six floodings or flash floods; found 50 roads and 25 bridges impassable; recorded two rivers in Davao del Norte as having overflowed; and counted over 2,000 houses either totally or partially destroyed.

But Filipinos do not give up so quickly: