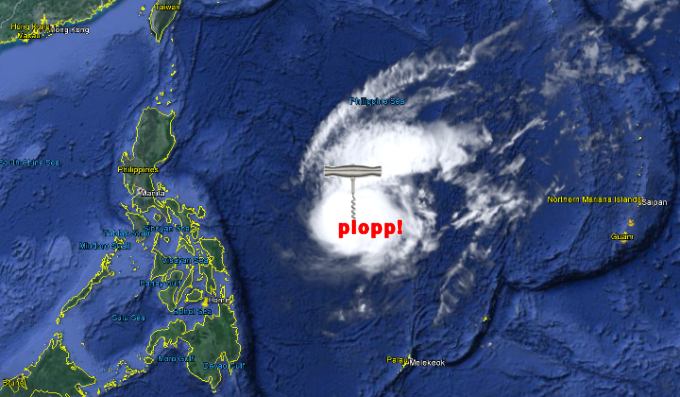 Typhoon MAYSAK/Chedeng is progressively weakening. At this moment it has still category 2 strength. The storm is getting disorganized in the dry air. There is hope that it will stall completely within 24 hours.

The satellite images from yesterday morning and today show the progressive disorganization of the cyclone. Here, the full 24 hours process can be observed. 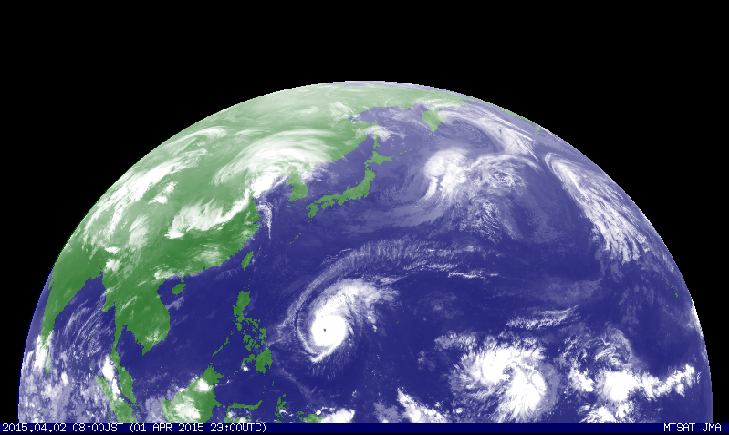 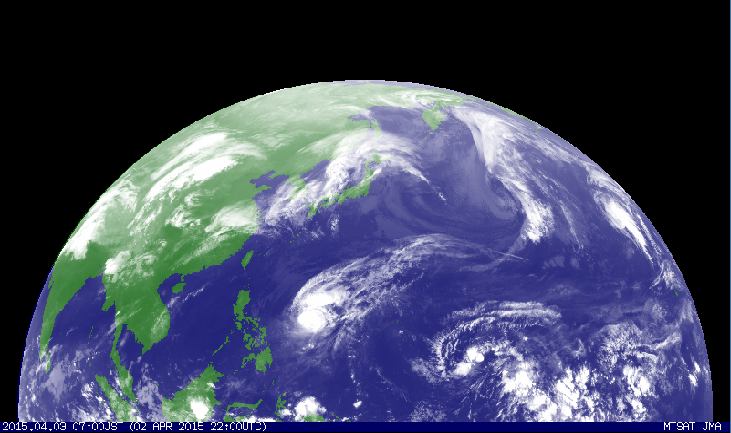 There is now real chance that Typhoon MAYSAK/Chedeng will loose almost all energy. It then will cross northern Luzon on Easter Sunday as a tropical storm. Central pressure is increasing. It is now 945 hPa and is expected to reach 980 hPa in the night to Sunday.

Even as a Tropical Storm (TS), MAYSAK/Chedeng can still be nasty.Wind speed won’t be dangerous anymore, but heavy rainfall can cause floods and landslides. Please observe the official warnings.

The erratic behavior of the cyclone makes forecasts difficult. The satellite images of the last 24 hours could make think that the storm is moving almost north. This is wrong! The satellite images are infra-red images and show the concentration of vapor. In the last 24 hours the storm accumulated more water in its northern parts – this creates the impression of a northern track.