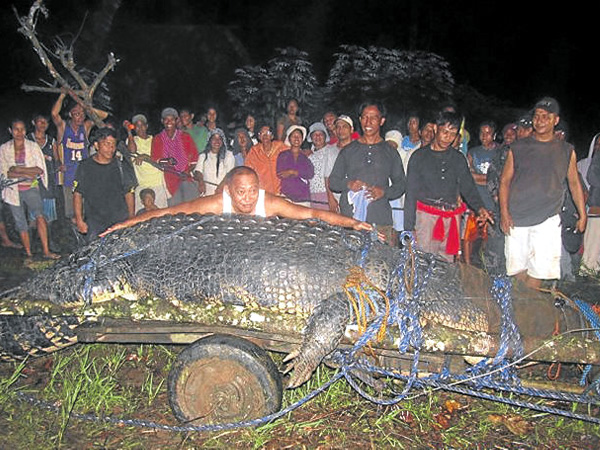 After 21 nights of hunt, a 21 feet saltwater crocodile was captured in Bunawan, Agusan del Sur, Mindanao. 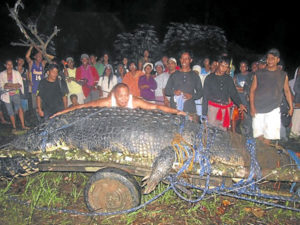 The villagers caught the “saltie” with help from experts of the Palawan Wildlife Conservation Center.

The male crocodile was described in an Associated Press report as 6.4 meters (21 feet) long which, if confirmed, would make it bigger than the 5.5-meter saltwater crocodile in Cairns, Australia. About the weight the information is still very divergent and goes from 600 kilograms to 1.064 metric tons. 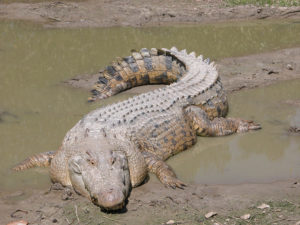 The saltwater crocodile, also known as estuarine or Indo-Pacific crocodile, (Crocodylus porosus) is the largest of all living reptiles. It is found in suitable habitats in Northern Australia, the eastern coast of India and parts of Southeast Asia.

[Editor’s comment:]
If well kept in a well protected and organized environment, the saltwater crocodiles in Mindanao and Palawan could become a tourist attraction. The Australians bring every year ten thousands of tourists to their national parks in the Northern Territories e.g. Kakadu National Park, east of Darwin.