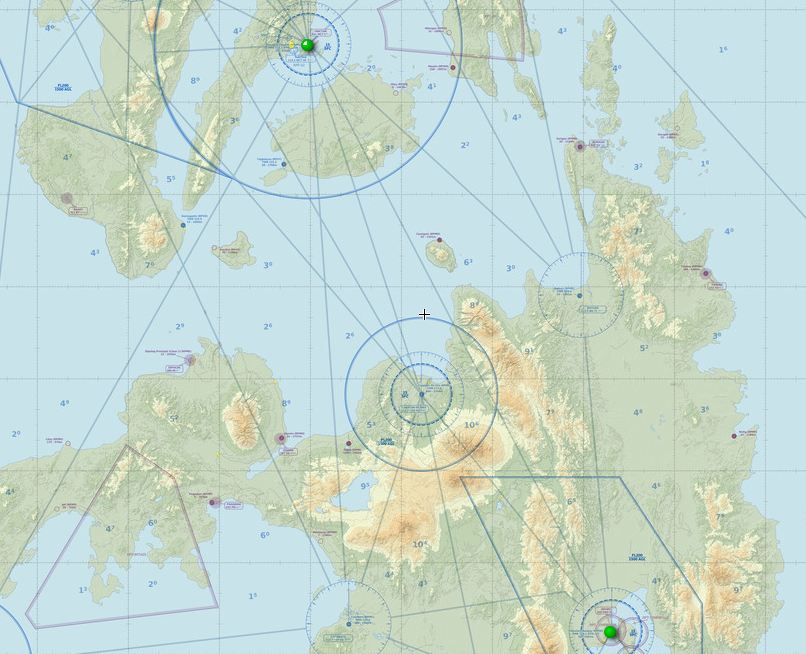 With only 32 minutes delay the first flight to Laguindingan Airport, Cebu Pacific 5J-381, landed at 06:37 PST. The plane then flew back to Manila where it landed at 08:41 PST.

Let’s hope that the subsequent flights will also go smoothly. Unfortunately there will be no more night flight. We often took the CEB flight at 9:05 p.m. to Manila when we had to fly abroad next day. We could catch this flight leaving Camiguin at 4:00 p.m. with the OceanJet fastcraft. The early and late flights are now gone for a while.

Official announcement:
The Department of Transportation and Communication has limited operations at the new airport at daytime  — from 6 a.m. to 6 p.m. only —  because the airport does not have an Instrument Landing System (ILS).

And this meant:
They have nearly no navigation aids there. All they have are:
– a wind cove which can be visible to pilots from miles away (if there are no clouds)
– radio communications
– Precision Approach Path Indicator (PAPI) – runway approach lights (if not stolen)
– VOR/DME is 40 km away in old Lumbia airport.

The CAAP regional director said planes coming to Laguindingan will still use the radar beacon of Lumbia until it is within seven miles — enough visibility to switch to a Visual Flight Rule (VFR) landing.
The pilots will see the PAPI lights from seven miles away but until they see them, they will rely on the beacon from the Lumbia airport to guide them in.

As soon as the pilots see the PAPI lights, they will start a three-degree inclination toward the runway and land. He said the comptrollers in Laguindingan airport will guide the planes to land at this time.
The Lumbia tower will still be operational until all the navigational aids will be installed in (Laguindingan Airport) in May 2014. Two towers in Lumbia and Laguindingan will take turns guiding the planes to the new airport and land to land safely. 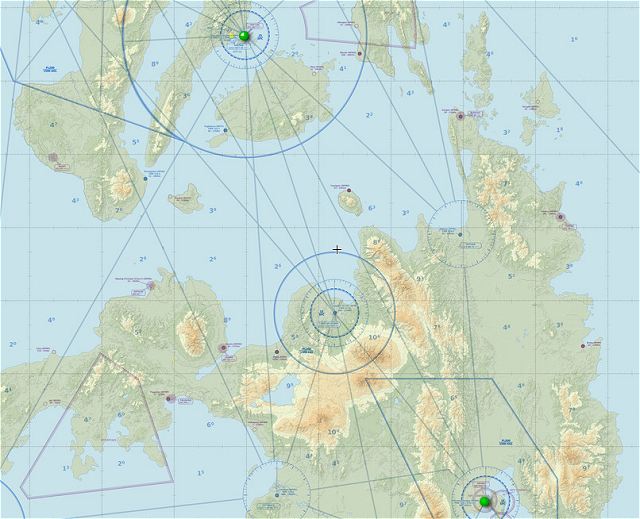 Navigation map for the southern Philippines