Airbus in the mud

Saturday morning an Airbus A319 of Cebu Pacific Air got stuck in mud at the edge of the runaway at the Butuan Bancasi Airport (BXU/RPME).

Flight 5J-220 failed to take off because its front wheel got stuck in the soggy ground at the edge of the runway. All 106 crew and passengers were safe and were transferred to the terminal. All flights to and from Butuan were cancelled as the plane obstructed the runway and had yet to be removed. The airport here handles at least six domestic incoming and outgoing flights daily. 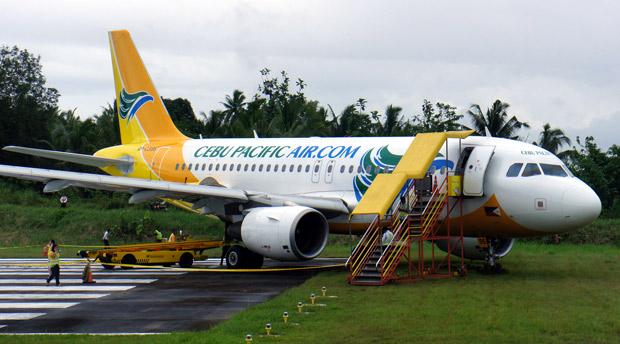 This kind of incident happens very often in the Philippines. Why?

And then, many pilots have only 200 hours on Cessna 152 and  10 hours on a Piper Seneca when they enroll for Airbus training. The A319 and A320 are known to be a bit tricky to handle on ground, especially when the runway is wet.  Experience is really needed.

By the way, have a look on our flight status page and follow the birds. You will be astonished to see what funny pattern they fly over the Philippines.

The 100 passenger haven’t been amused to be stuck at Butuan’s airport instead of arriving in Cebu.