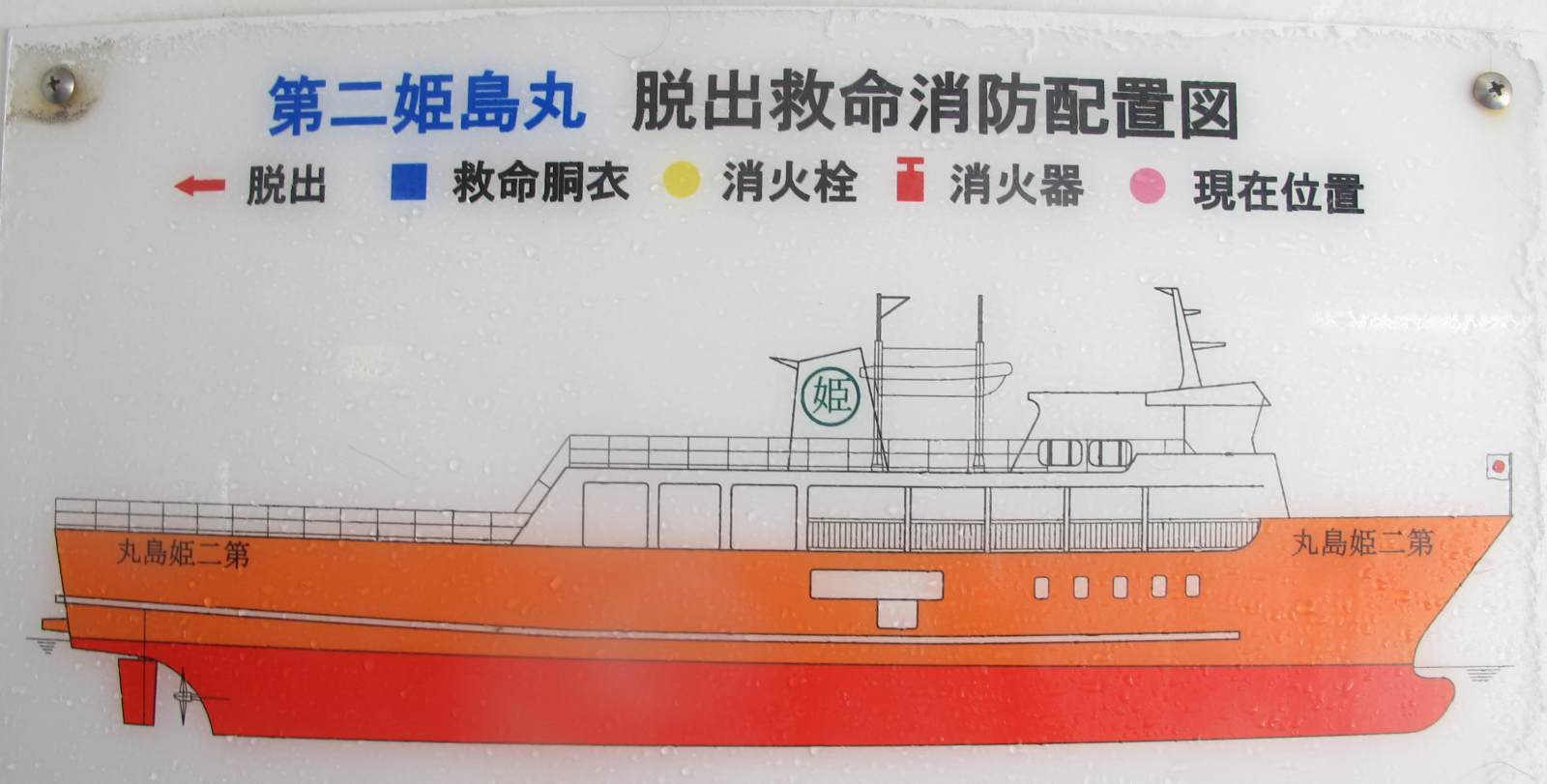 This week we travelled Camiguin – Bohol with Super Shuttle Ferry 21. The ferry’s schedule is unchanged Monday, Wednesday and Friday.

Like many other ferries swimming between the Philippines Islands, the Shuttle Ferry 21 had been built and operated in Japan as Marushima Princess. Most of the panels and signs are still in Japanese language. The ship is still in very good condition and sails at around 20 km/h or 11 knots. Yesterday we encountered rough seas but the ferry behaved well. Have a look:

Worse were the stomachs of many tourists. They arrived empty in Balbagon – Camiguin…

This schedule seems to be maintained until end of January 2017. But it might be changed without prior notice. We strongly recommend to call one of the above numbers to make sure that the ferry is sailing when you need it. In Jagna you should call 0916 568 2236. 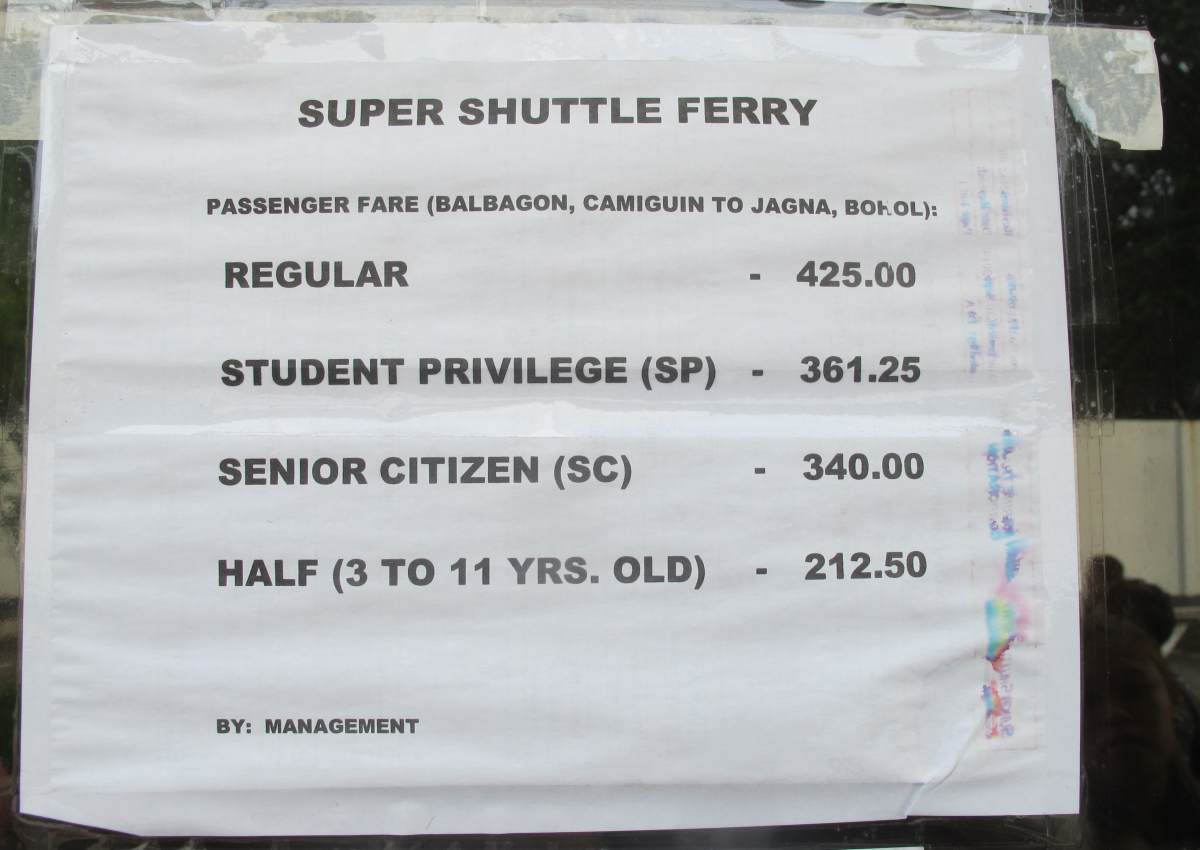 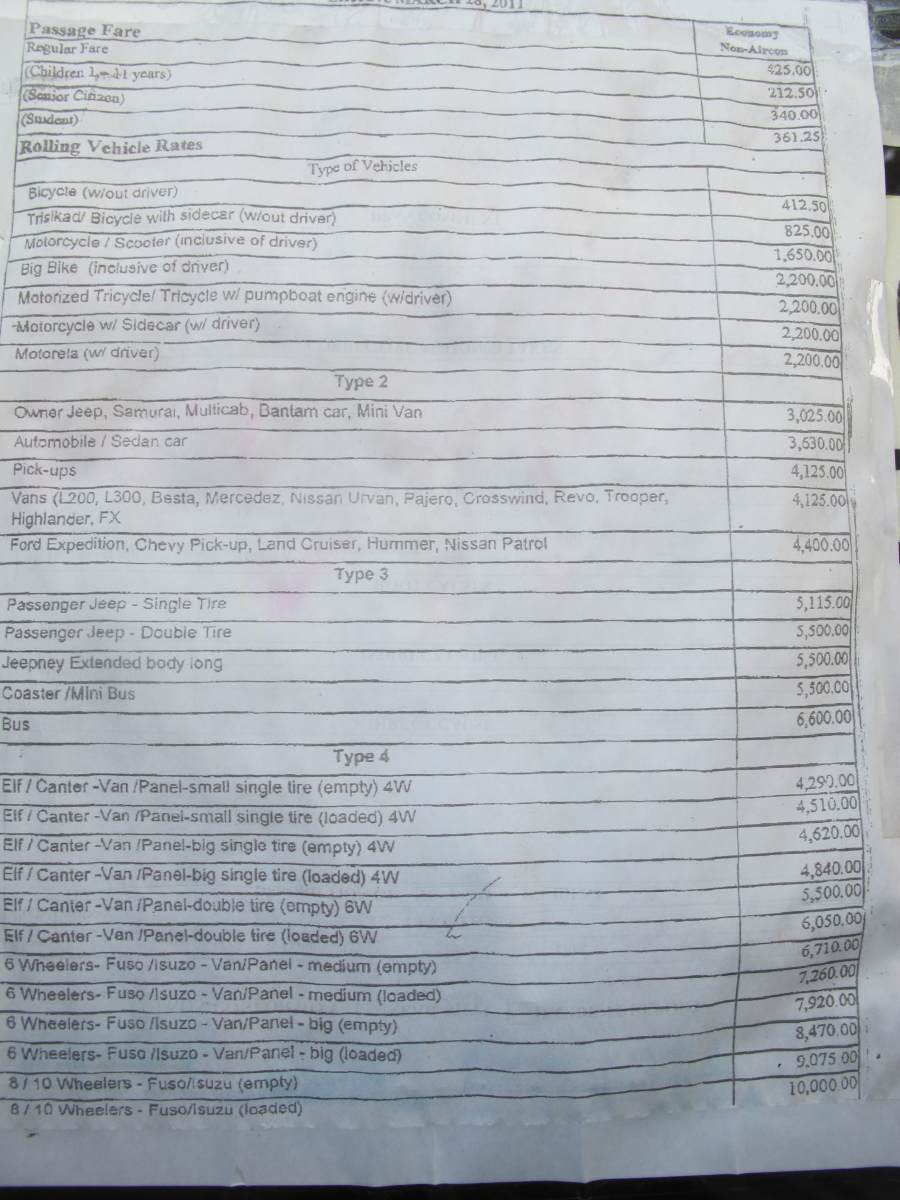 Click on the above picture to enlarge it for better readability.

Again we heard the rumors of a fast RoRo ferry between Jagna and Balbagon in the near future. The guard in Balbagon port told me that the new ferry should start service in the second week of October. When I told him that were already in the second week he meant “next week, maybe, Sir”. Haha! But the coast guard officer over in Jagna also had gotten word of this super fast RoRo ferry. Unfortunately nobody has real information. Maybe a dream soon becomes true. Here is a movie of the dream …

This article had been created with 100% solar energy because we have an all day brown-out today in Camiguin.