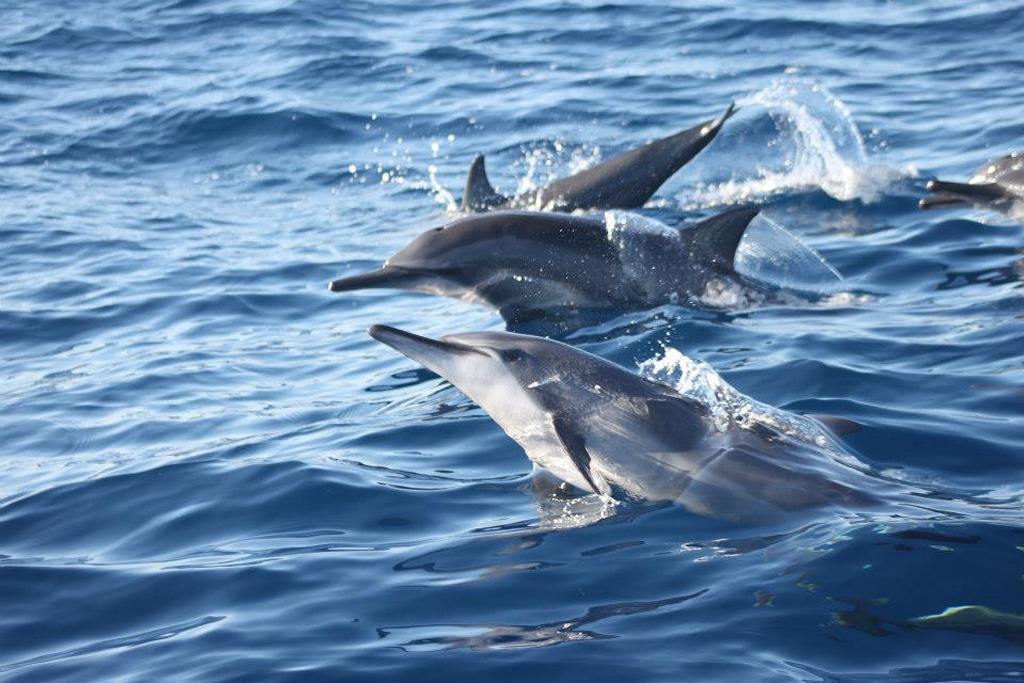 The first report about Dolphins I got from Jim, the owner of Casa Roca Inn. From his wonderful garden over the cliffs in Naasag he saw jumping dolphins on Saturday afternoon. First they swam south and later they came back and jumped just out of the sea. 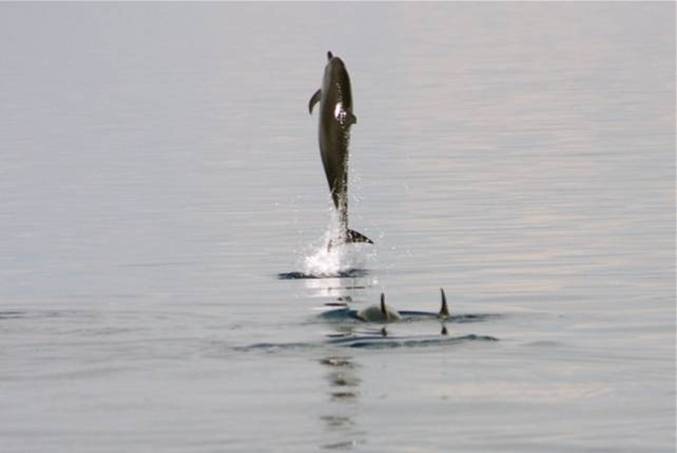 The second encounter had been even much closer. Arno, dive master and dive instructor at the Action Geckos went out to the sea yesterday afternoon. With a small boat they approached the group of dolphins and then they could swim with them.  An outstanding experience.

Balyena.org has published an interesting fact sheet about dolphins and whales in the Bohol Sea. Read here and excerpt:

The northeastern Bohol Sea is geographically characterized by the presence of an inshore deep trench, where the Mindanao Current generates an area of high productivity creating a major biodiversity hot spot within the Coral Triangle. More than a century of intense foreign and aboriginal whale and dolphin fisheries, the abundant use of drift nets, and illegal fishing methods such as dynamite fishing impose a serious threat to cetacean populations in the area.
Since February 2010, we conducted 23 surveys along the northeastern Bohol Sea for a total of 128 hours of boat effort covering 1336 km. We were able to photograph and identify 11 species of cetaceans in four  amilies, including the first systematic sighting of a blue whale (Balaenoptera musculus) in the Philippines and the first sighting of a rough-toothed dolphin (Steno bredanensis) in the Bohol Sea. The most common species encountered were melon-headed whales (Peponocephala electra) and Fraser’s dolphins (Lagenodelphis hosei), often present in mixed species groups.
Other species seen include spinner dolphins (Stenella longirostris), Blainville’s beaked whales (Mesoplodon densirostris), dwarf sperm whales (Kogia sima), Risso’s dolphins (Grampus griseus), pantropical spotted dolphins (Stenella attenuata), short-finned pilot whales (Globicephala macrorhynchus), and a Bryde’s-like whale (Balaenoptera edeni or omurai). The Bohol Sea is a possible calving ground as neonatal and young calves have been observed in melon-headed whales, Fraser’s dolphins, Risso’s dolphins, spinner dolphins and pantropical spotted dolphins.
These results are significant because it represents the first systematic study in these waters. Rapid tourism developments on the island underline the urgency to collect baseline data and to promote responsible dolphin watching practices. Seven more species have been reported to occur in the area, bringing the list up to 18 species and representing more than 70% of the total cetacean biodiversity in the Philippines, the highest in the country.