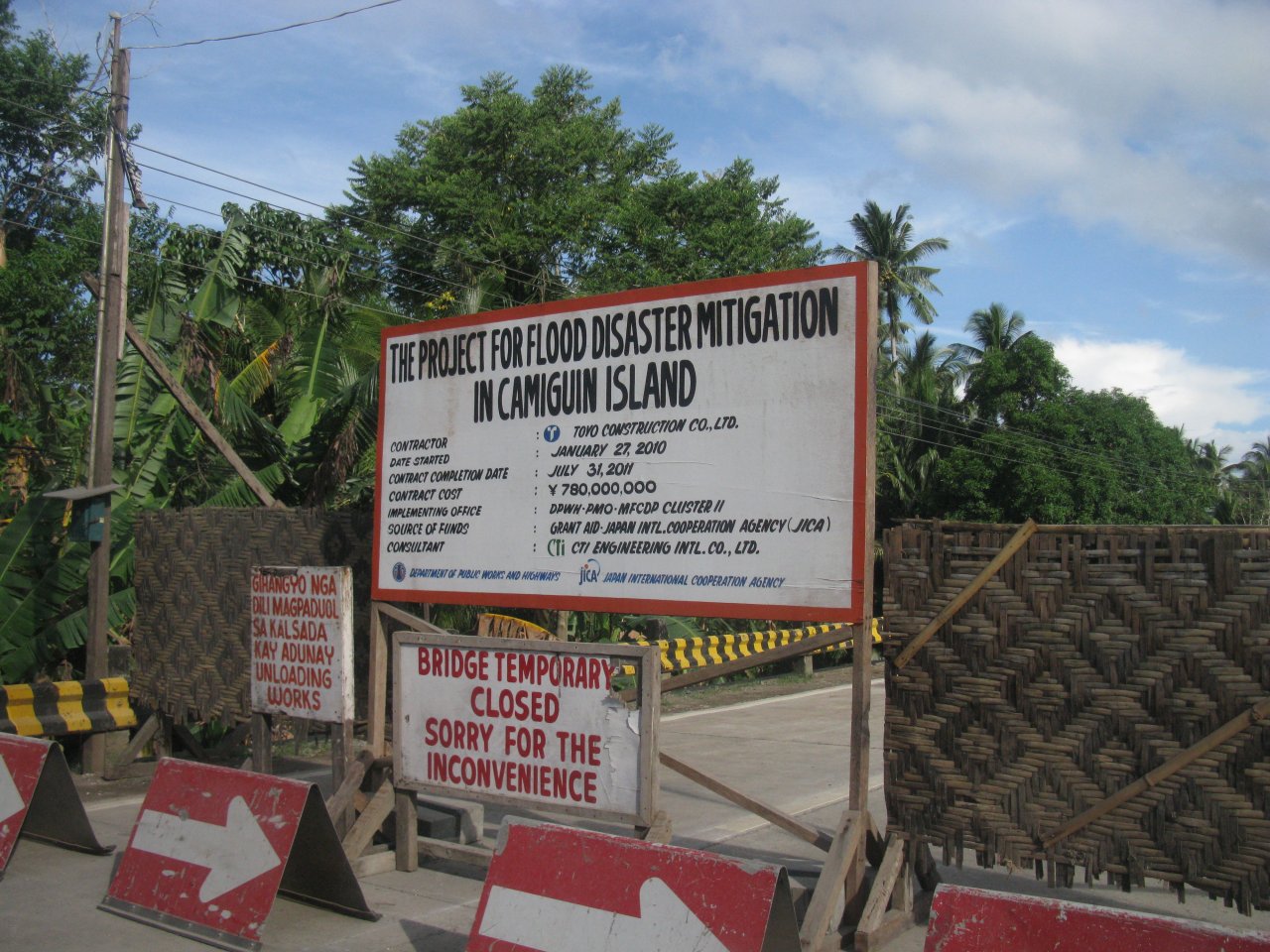 First is the yearly Camiguin Chapter Day to commemorate the creation of an independent province in 1968.

The second event is the official inauguration of the Hubangon disaster mitigation project. 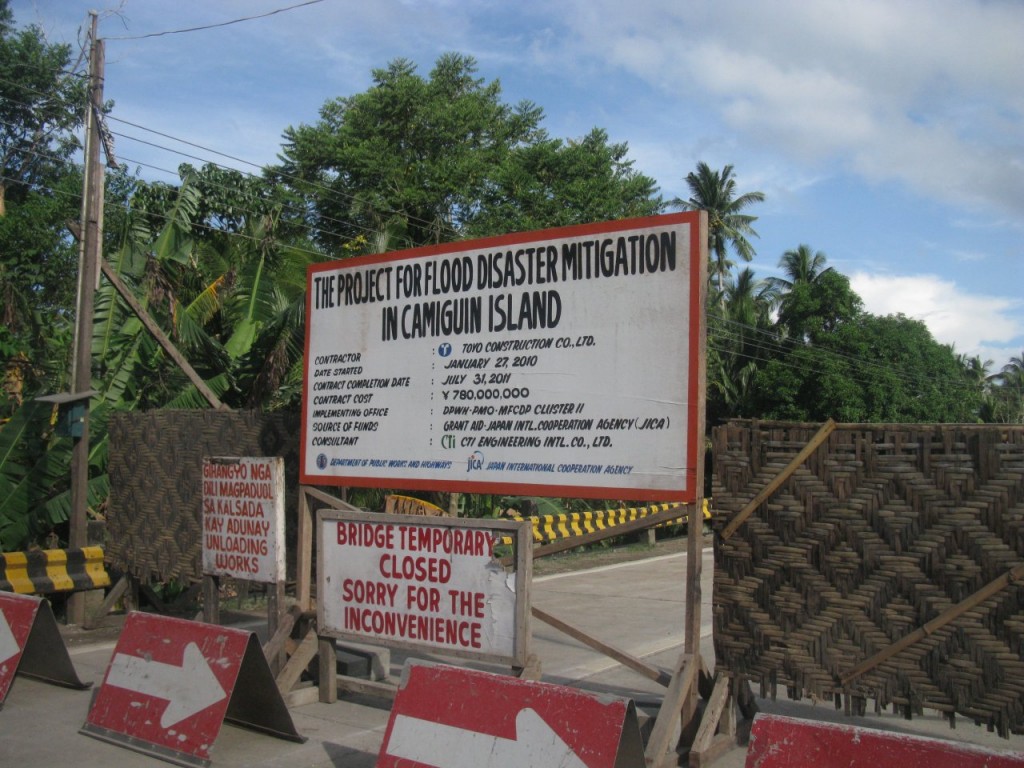 A Peso 568 million (Yen 1.03 billion) disaster mitigation project in Camiguin Island is inaugurated on today by the Japanese embassy in Manila, aimed at enhancing the island’s ability against landslides due to typhoons and other natural disasters.

The project, implemented by the Department of Public Works and Highways (DPWH) and funded under a Japanese Official Development Assistance grant, spans the Hubangon and Pontod River basins in Camiguin Island, which straddles part of the Mindanao and Visayan islands.

The Japanese embassy described disaster prevention and management as “one of the main pillars of bilateral cooperation” between disaster-prone countries, and stated that the cooperation in this field is confirmed in the Joint Statement that followed the visit to Japan in September 2011 of President Benigno S. Aquino III.

The grant provides the construction of two Sabo dams (soil erosion control), barriers to prevent landslides, along Pontod River and the reconstruction of Hubangon Bridge. The bridge forms part of the peripheral/national road and spans across the Hubangon River.

The present project aims to enhance disaster prevention and management capability of the Philippines by improving the ability of Camiguin Island against mud slides and other related damages, and to improve the standard of living in Camiguin through the enhancement of safety and reliability of its traffic infrastructure, the embassy said.

The Hubangon and Pontod river basins, which were the most seriously damaged when typhoon “Nanang” hit Camiguin island in November 2001, were not covered in any structural disaster prevention plan formulated soon after “Nanang.”

Thus the damaged bridge was not rehabilitated either. Over time, rising sediment on the riverbed heightened the risk of similar disasters caused by intense rainfall.

”Nanang” caused the death of about 250 persons. Many went missing and damage was placed at about US$ 5 million.

A Basic Plan for non-structural disaster prevention measures was formulated at that time with Japanese cooperation, which covered only the warning system, the evacuation drill and the educational campaign on disaster prevention. The current one upgraded that plan.

”This project is expected to further strengthen the strategic partnership between the two countries as well as consolidating bonds of friendship between the peoples of Japan and the Philippines,” according to the embassy.