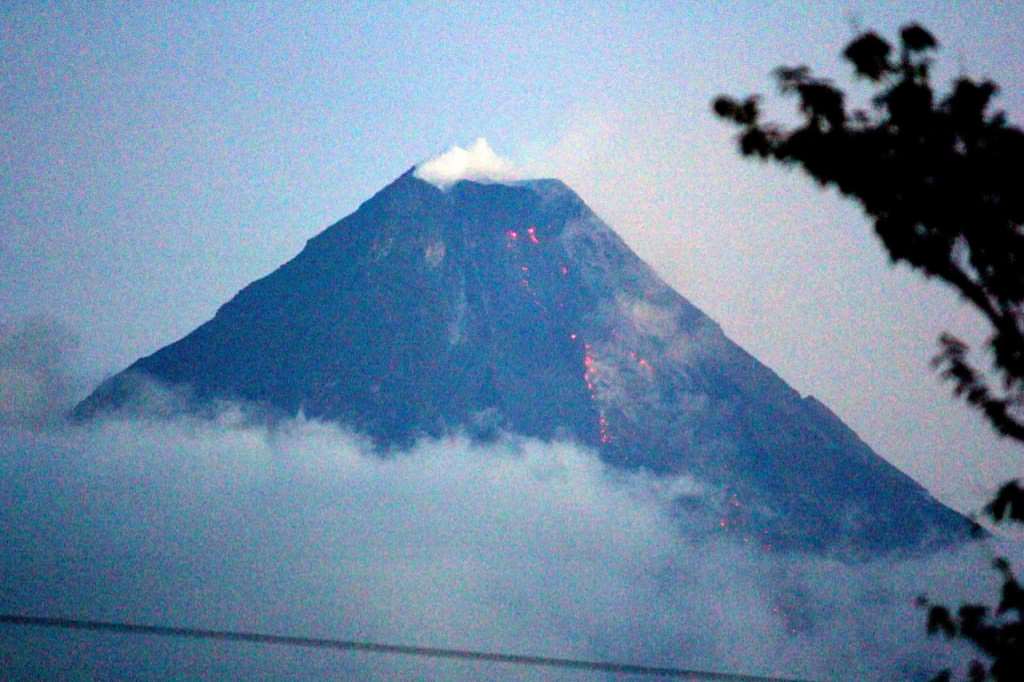 Mayon Volcano in the province of Albay is on Alert Level 3. The Philippine Institute of Volcanology and Seismology (PHIVOLCS) has raised the Alert Level of Mayon volcano to 3 (of 5). This means that: Relatively high unrest. Volcanic quakes and tremor may become more frequent. Further increase in SO2 flux. Occurrence of rockfalls in summit area. Vigorous steaming / sustained crater glow. Persistent swelling of edifice.

Friends in Legaspi had informed us about 2 weeks ago that Mount Mayon’s activity had increased. Steam pressure in the crater had augmented and the steady smoke of the crater had moved up by about 80 meters. Yesterday some lava-flow occurred.

NOTICE OF INCREASE TO ALERT LEVEL 3:
In the past several hours, a noticeable escalation of unrest was recorded by the Mayon Volcano monitoring network. Since 5:00 AM to 8:00 PM today, 39 rockfall events that are ascribed to incipient breaching of the growing summit lava dome across the southeastern crater rim, and 32 low frequency volcanic earthquakes that indicate magma intrusion and/or volcanic gas activity, have been detected. Crater glow has become observable, indicating incandescence of the crater from molten lava and hot volcanic gas.

In view thereof, PHIVOLCS-DOST is now raising the alert status of Mayon Volcano from Alert Level 2 to Alert Level 3. This means that Mayon is exhibiting relatively high unrest and that magma is at the crater and that hazardous eruption is possible within weeks. It is therefore recommended that the 6-km radius Permanent Danger Zone (PDZ) around the volcano and the 7-km Extended Danger Zone (EDZ) on the southeastern flank be enforced due to the danger of rockfalls, landslides and sudden explosions or dome collapse that may generate hazardous volcanic flows. PHIVOLCS maintains close monitoring of Mayon Volcano and any new development will be communicated to all concerned stakeholders.

12,000 habitants of Legazpi, Tabaco and Ligao as well as Malilipot, Sto. Domingo, Camalig and Draga are being evacuated.