At our beach in Agoho, Camiguin thousands of tons of sand are moved around and the whole coastline changes its shape. 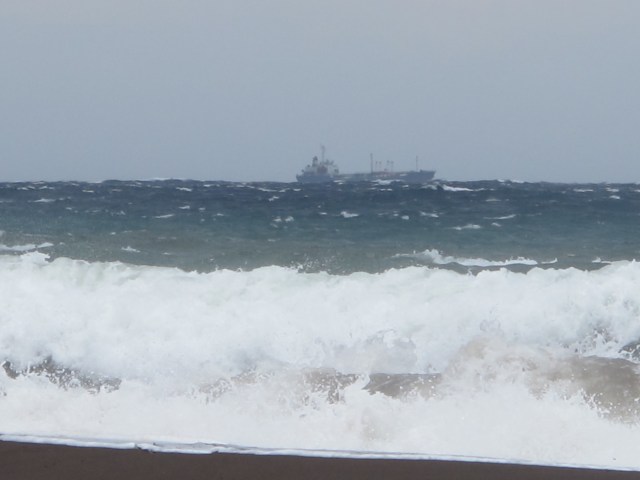 A cargo ship off the beach of Agoho, Camiguin fights with the waves. 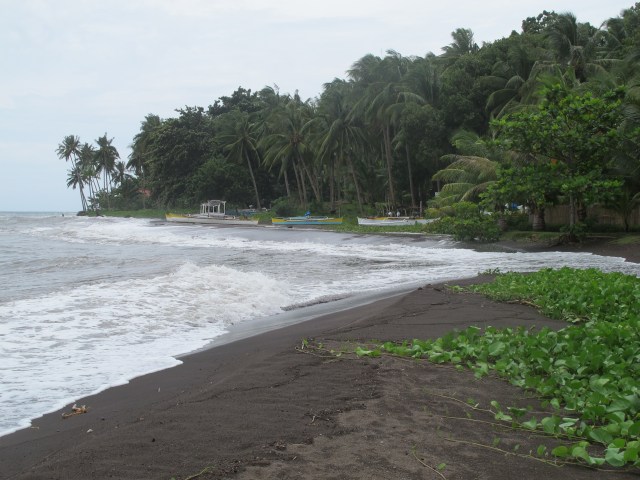 The usually straight coast line between Agoho and Bug-Ong is indented. Our neighbor lost most of his beach and beachfront lawn. 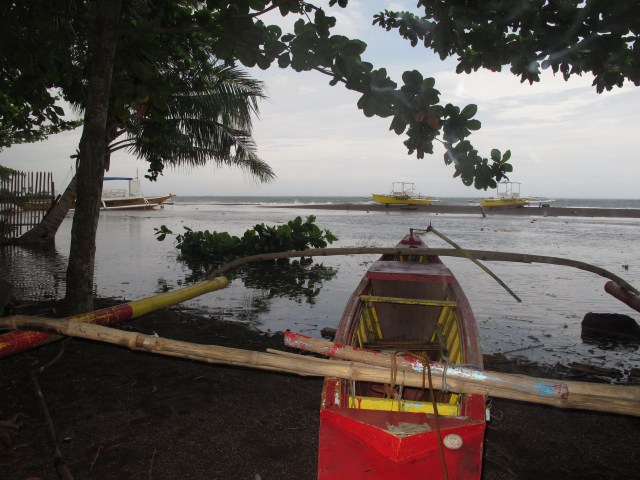 The fishermen on our beach brought their boats up un our sea-wall. Lost out on the flooded beach one can see the dive-boats of our neighbors and friends, the Camiguin Action Geckos.

I have to finish this report because we have no electricity since 1:00 p.m. and I am running out of battery power.