What have Habagat, Yellowfin Tuna and Gaisano to do in one headline. The answer is simple: They are back in Camiguin or will come soon.

Habagat is the south-west monsoon so long awaited here in in Camiguin. Habagat lasts usually from end of May or begin of June until end of October. Habagat is much more humid than its antagonist, Amihan, which blows during the winter months from north-east. Habagat blows from the Indian ocean where their air gets loaded with humidity. Amihan is rather a continental wind from China.

This year had been extremely dry. The draught in the southern Philippines lasted for at leas 3 months. In some regions, like Zamboanga, they had no rainfall during almost 6 months. Habagat brought now back the perfect Camiguin weather. Sunshine during the day and frequent thunderstorms and rain showers in the evening or in the morning. Sometimes we even encounter both.

Nature is now really exploding. Bushes like hibiscus are growing at a rate of up to 1.5 meters per week. Fruit plants (e.g. Mango) are full of heavy fruits.

And finally we get our beach back. The north-eastern current is every year carrying millions of tons of our sand away to deposit it some hundreds of meters from our place. This year’s minimum beach width is 25 meters only. The south-western current will now bring back all this sand and we expect to have a 120 m wide beach by mid of October.

With the changing wind and current the YellowfinTuna also came back into our waters. Our fisherman are very happy and have all hands full of work. Our neighbours brought in 3 rather large fish yesterday morning. It needed 4 strong men to get one fish out of the small boat. So fresh and from a so clean sea, we love to eat this delicious fish raw in form of Sashimi or Kinilaw. The word “kinilaw” is derived from the Visayan term “kilaw” which means “eaten fresh”. The fishermen back then (and even till now) would fillet their fresh catch and would just deep it in sea water before eating it (now that is fresh!). And not only fishermen do it – me too! 😆 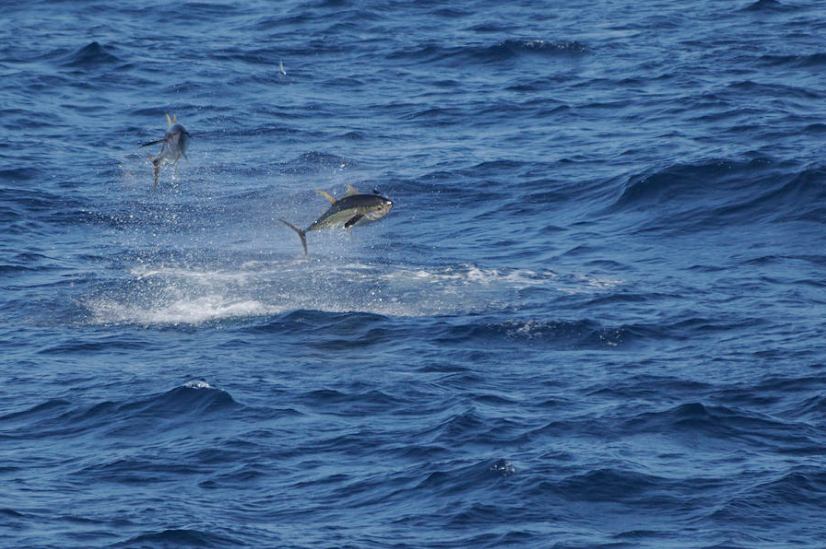 This photo and the title photo are from Bradford Martin. We strongly recommend to visit his website and photo galleries.

Eight (8) years ago, 3 blocks of houses and buildings were demolished at Reyes Street. During 8 only 2 of the 3 lots were used for new buildings. First had been the Landbank building some 2 or 3 years ago. Then in spring this year Mercury drugs built a branch just aside the market. And now on the biggest lot the construction of a Gaisano supermarket or mall is beginning.

We do not know which Gaisano is coming. If you check Gaisano at Wikipedia, you can see that there are 7 different Gaisanos. Most of them are linked. The construction surface is between 2,100 and 3,800 square meters. Current free space is only 2,100 m2 but if more buildings are demolished, then up to 3,800 m2 would be available. For comparison Gaisano in Puerto has a surface of 3,900 m2 without the parking lot. Gaisano in Malaybalay City has a size of approx. 6,400 m2. We keep listening to the signals of the Camiguin “Bush drums”. One thing is sure, this Gaisano will change many things in Mambajao and on Camiguin island.