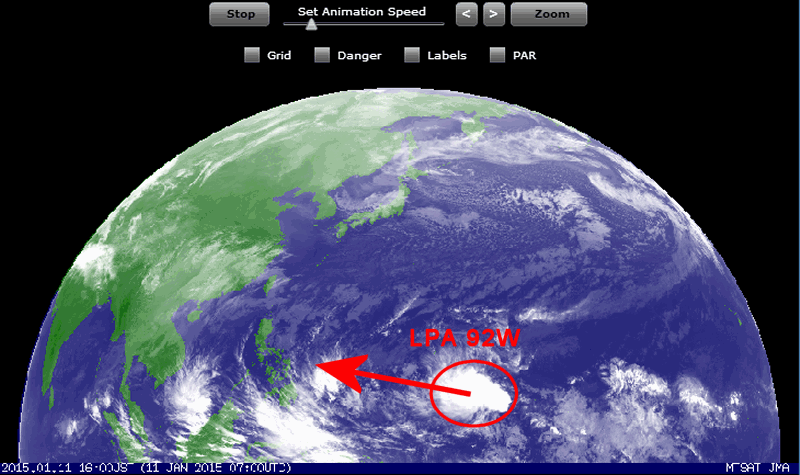 A Low Pressure Area is approaching from the Pacific Ocean. At this moment the LPA is south-east of Guam and moves west at 10 kts (18.5 km/h).

This low pressure system got better organized during the last 24 hours and the risk that it develops into a Tropical Cyclone has increased. Current probability is approaching 50%. W’ll keep an eye on this Low Pressure Area. 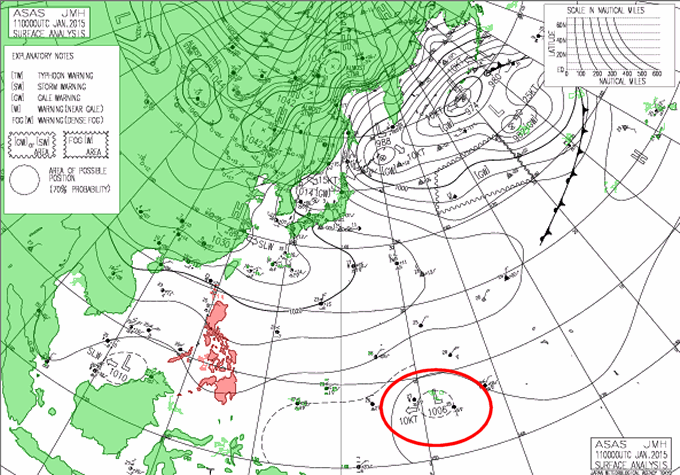 JMA still reports a plain western movement while satellite images show a trend to a west-northwest movement. The forward speed is 18.5 km/h. The pressure had been at 1006 hPa at 8 a.m. this morning. 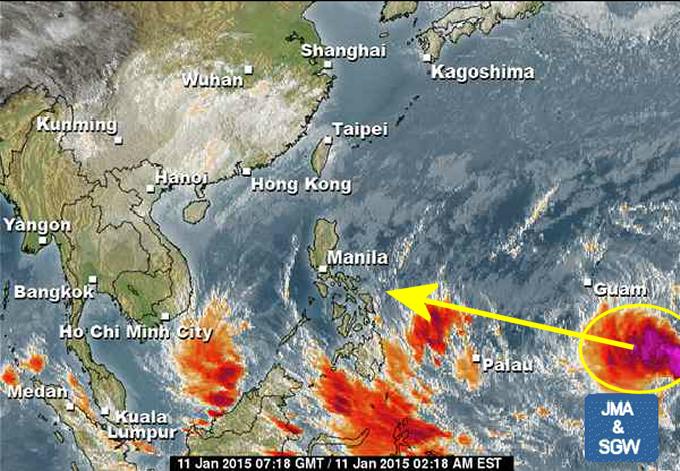 It is still too early to discuss a possible impact on the Philippines. Best observation method are the animated 24 hours satellite loops.