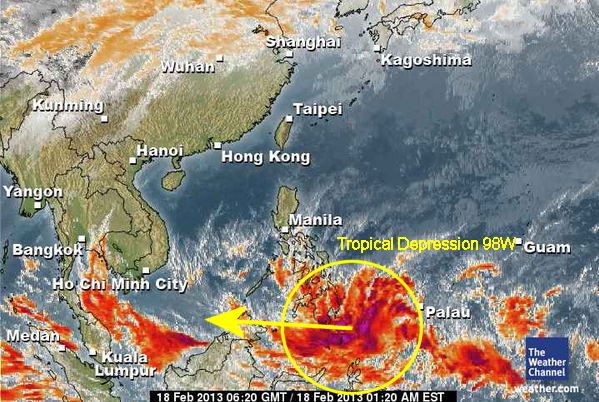 The Tropical Disturbance LPA 98W has been upgraded to Tropical Depression by the Japanese Meteorological Agency (JMA).

This Tropical Depression unloads big quantities of water (aka. rain).
In Mindanao and the southern Visayas there is a high risk of landslides and flashfloods.