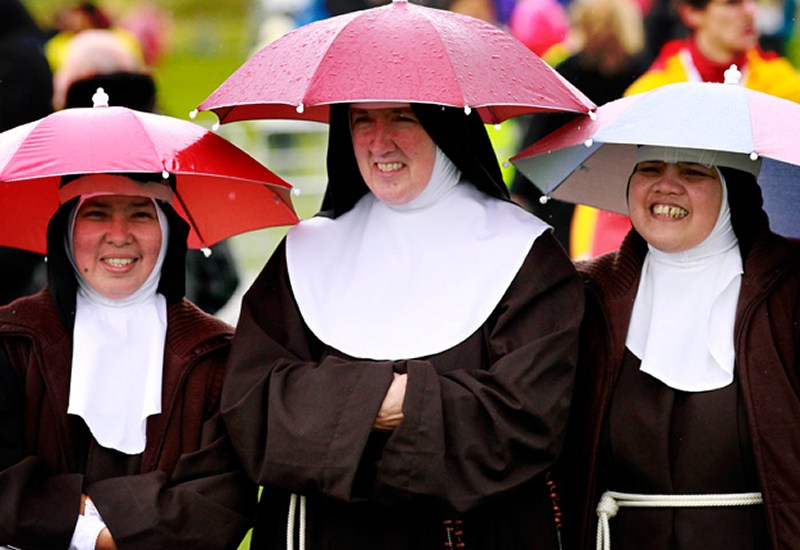 The Pope’s Depression is approaching Samar. The Tropical Depression 01W will intensify and arrive in Samar when the Pope will visit Leyte. Currently the TD is about 1,565 km east of Siargao Island.

The Pope’s Depression moves West-Northwest at 18 km/h. Its central pressure is now 1000 hPa and winds are 55 km/h with gusts up to 75 km/h. This system will get faster in the next 24 hours. We expect a forward speed of 25 km/h still in direction West-Northwest.

By tomorrow the Pope’s Depression will intensify to a Tropical Storm and then will be the Pope’s Storm. There are heavy rainfalls expected. 100 to 400 mm within 24 hours. We have set our warnings to yellow.

On January 17, the Pope will be in Leyte, where he will celebrate Mass near the Tacloban Airport, as well as meet survivors of super typhoon Yolanda. On this day, Tacloban will experience moderate to occasionally heavy rains and moderate to strong winds due to the tropical cyclone. 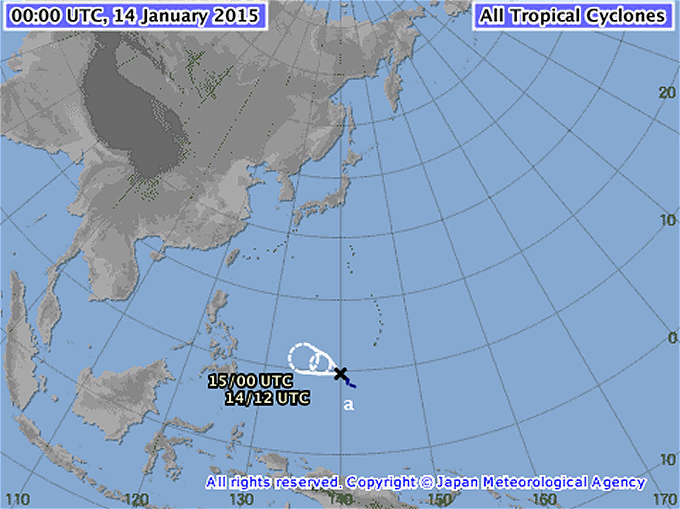 The US Navy risks a much wider forecast 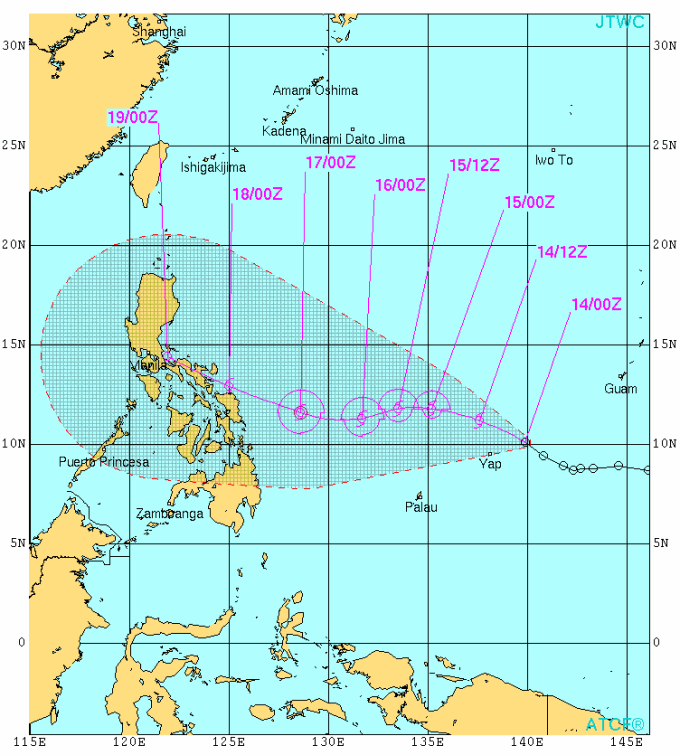 If Pope Francis won’t get wet in Tacloban on January 17, he has a big chance to catch a downpour on January 19 in Manila.

[Editor’s comment:] It’s good that Pope Francis will encounter a weak tropical cyclone. This will give him an idea of what a Typhoon Cat. 5 could be. Maybe after this wet visit some money will flow from Rome directly to Tacloban without disappearing in the black wholes in Manila. Maybe …