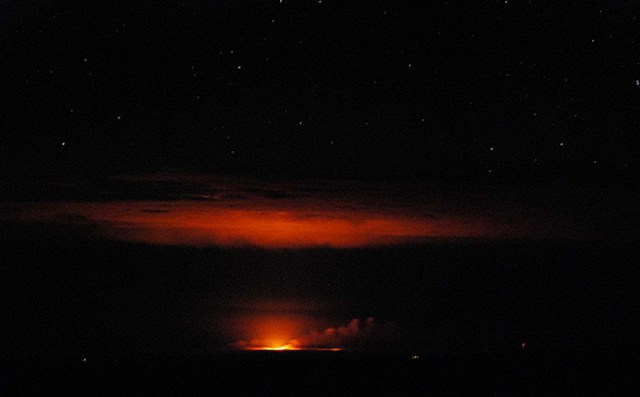 PHIVOLCS’ resident volcanologist  said the level one  alert was hoisted on Friday afternoon after PHIVOLCS instruments noted  a slight bulging or inflation in two areas of the volcano. One occurred in the northwest portion in Barangay Buang, Tabaco City, and the other in the  southwest section in Barangay Lidong, Sto. Domingo.

The volcano’s slight deformation and crater glow could be an indication that magma activity was increasing in the volcano’s vent.

There is no indication of an imminent eruption as other factors such as low- and high-frequency volcanic quakes, high sulphur dioxide emission, lava fountaining, lava flow, magmatic activities, pyroclastic flow, and steam  and ash explosions are not yet present.

The 2,462-meter volcano experienced a steam driven phreatic explosion on May 7  that sent a 3-km high ash cloud and killed five mountaineers—three Germans, a Spaniard and their local guide.

Here you find more information about active volcanoes in the Philippines