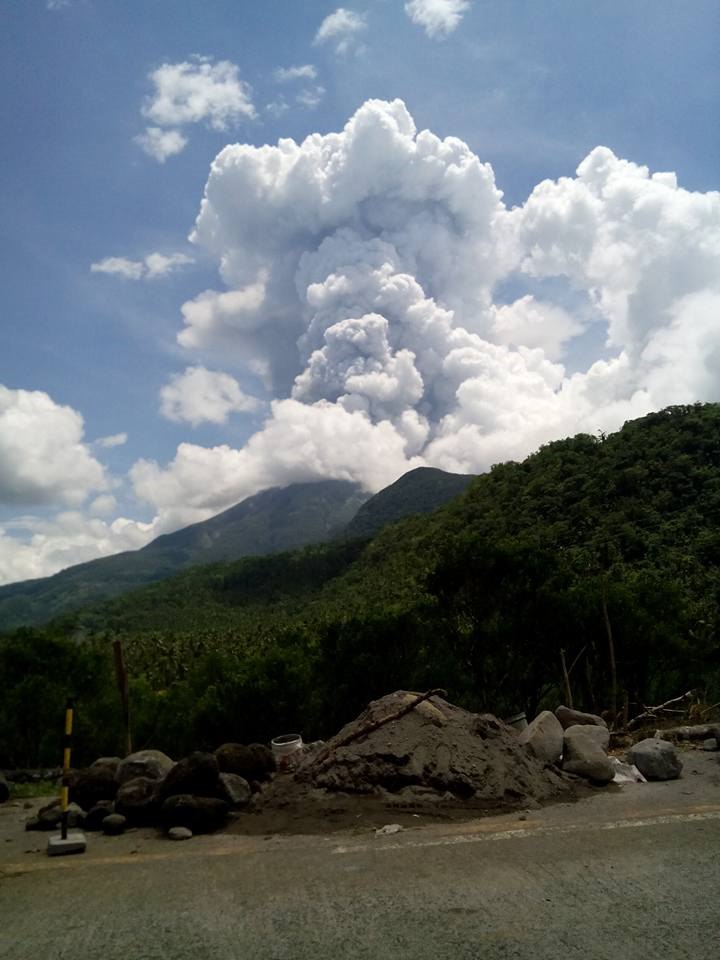 UPDATE: On June 19 another Phreatic Explosion happened on Bulusan Volcano at  1:03 p.m. This explosion had been much less strong. The ash plume mounted only 300 meters.

A phreatic eruption, also called a phreatic explosion, ultravulcanian eruption or steam-blast eruption, occurs when magma heats ground or surface water. The extreme temperature of the magma anywhere from 500 to 1,170 °C (932 to 2,138 °F) causes near-instantaneous evaporation to steam, resulting in an explosion of steam, water, ash, rock, and volcanic bombs.

Such explosions are typical to Bulusan during restive periods, when its hydrothermal system is disturbed or when steam accumulates and pressurizes at the shallow levels of the volcano. Bulusan volcano already got nervous on February 25 this year. (Read more …)

Bulusan Volcano (12.7667°N, 124.0500°E) generated a steam-driven explosion at 11:35 AM today. The event lasted for approximately 5 minutes based on the seismic record and produced approximately 2.0 kilometer-high grayish ash plume that drifted towards the northwest.

Alert Level 1 (abnormal) remains in effect over Bulusan Volcano. This indicates that hydrothermal processes are underway beneath the volcano that may lead to more steam-driven eruptions. The local government units and the public are reminded that entry to the 4-kilometer radius Permanent Danger Zone (PDZ) is strictly prohibited due to the possibility of sudden and hazardous steam-driven or phreatic eruptions. Civil aviation authorities must also advise pilots to avoid flying close to the volcano’s summit as ash from any sudden phreatic eruption can be hazardous to aircraft. Furthermore, people living within valleys and along river/stream channels especially on the southwest and northwest sector of the edifice should be vigilant against sediment-laden stream flows and lahars in the event of heavy and prolonged rainfall. DOST-PHIVOLCS is closely monitoring Bulusan Volcano’s condition and any new development will be relayed to all concerned.