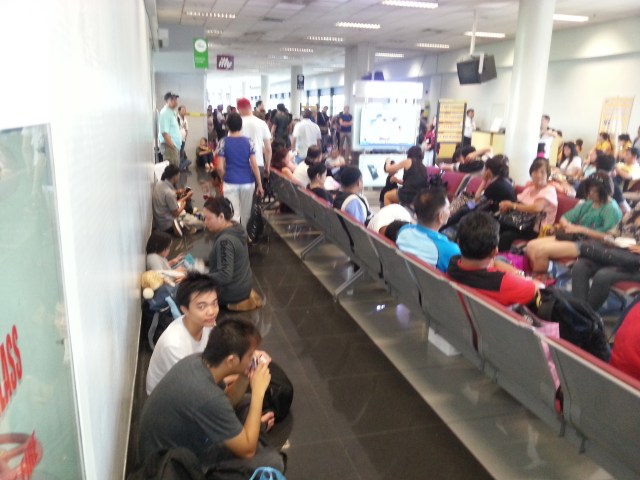 People waiting for their domestic flights at the gate can not find a seat. In above picture they could at least sit on the floor. There are several reasons for this inconvenience: 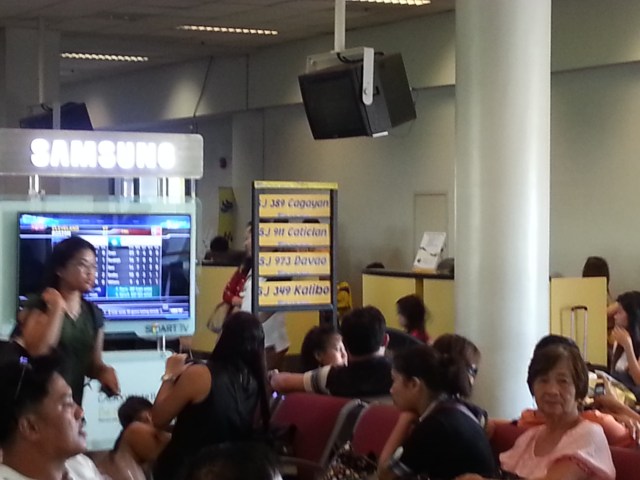 Is there a solution?

No and yes!
Manila needs a new airport with at least 4 times more capacity. Clark is no solution when there is no express and priority transportation within 30 to 40 minutes. Cebu must become again attractive for international carriers.