Super Typhoon HAIMA/Lawin continues to pose serious danger to the provinces of Isabela and Cagayan as it intensifies further and maintains its quick motion. Residents along its path are advised to take all necessary precautions NOW! This dangerous system is expected to continue moving fast within the next 24 hours at a speed of 26 km/hr towards Isabela-Cagayan Area.

Super Typhoon HAIMA/Lawin: Landfall is expected tonight between 10:00 p.m. and 01:00 a.m. between Isabela and Cagayan. 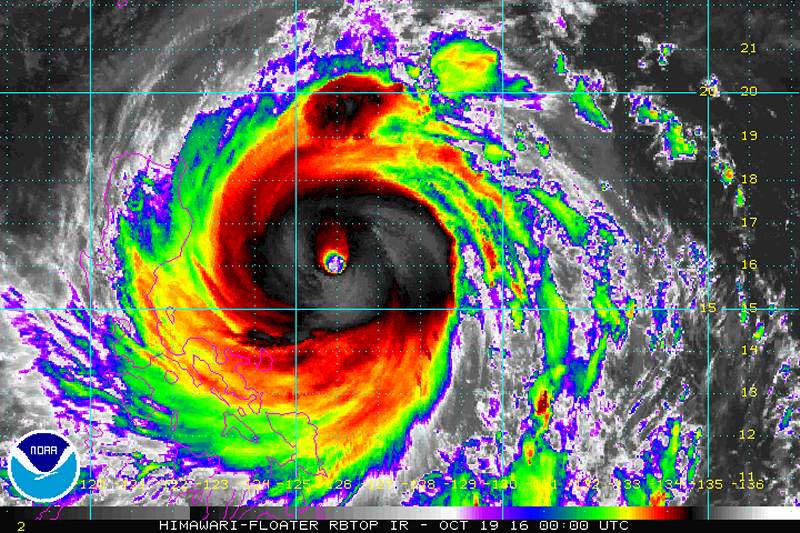 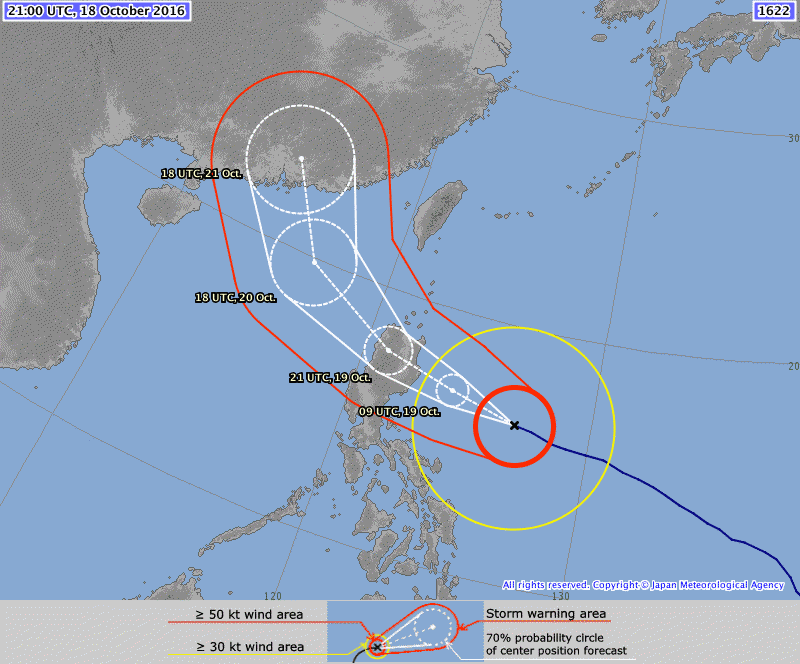 JMA and HKO still predict a more southern path than JTWC. We stay with the Japanese weather model which has often been the best track forecast.

Super Typhoon HAIMA/Lawin is comparable in track and strength of Super Typhoon ZEB/Iliang which crossed Northern Luzon on October 14, 1998. 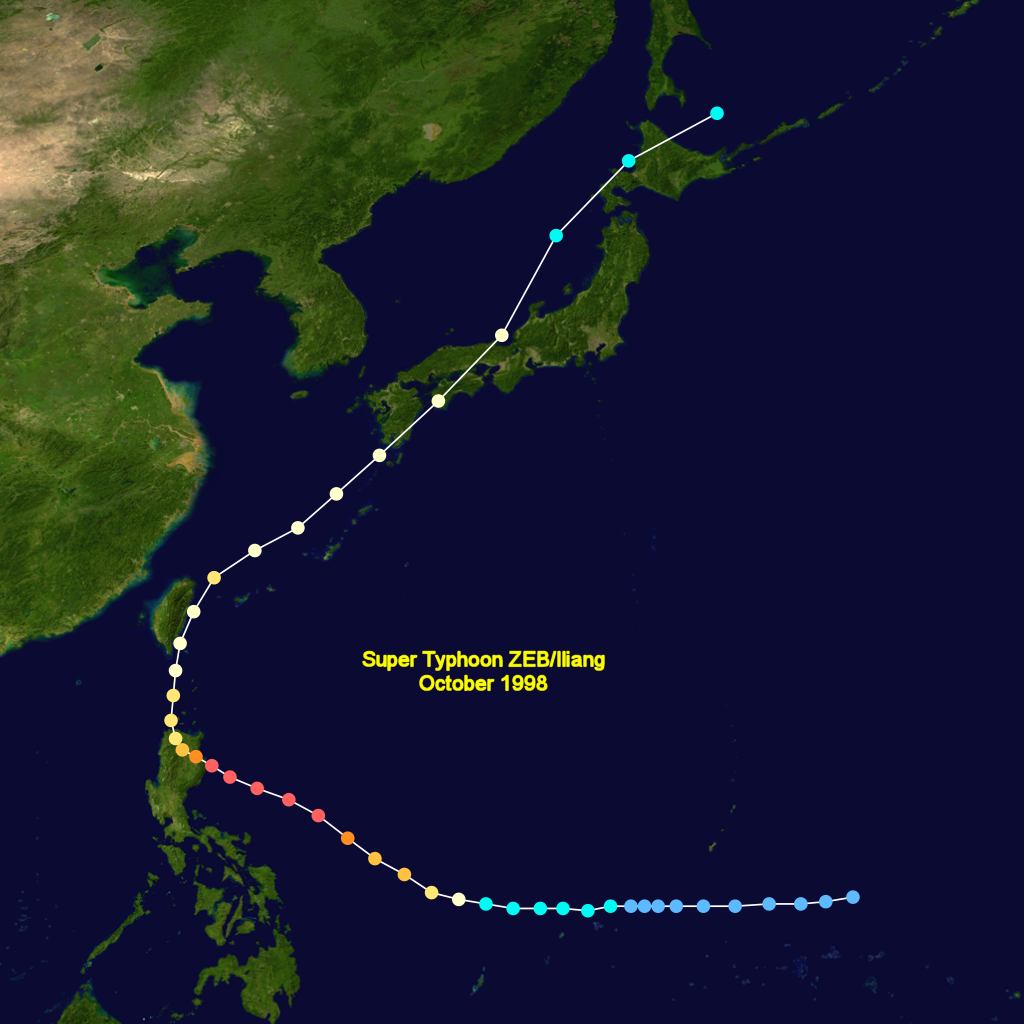 Striking the Philippines at peak intensity, Zeb largely affected the island of Luzon, including the regions of Ilocos, Cagayan Valley, and Central Luzon. Wind gusts were estimated as high as 296 km/h (184 mph) in the country. The storm also dropped torrential rainfall, particularly in mountainous regions. In the municipality of Bakun, the 1,000-millimetre (39-inch) rain gauge overflowed, and in nearby La Trinidad, the rainfall was 1,116 mm (43.9 in) on October 14 alone. The latter total was estimated as a one-in-1,147-year event, based on the history of local rainfall totals.[21] In the city of Baguio, the precipitation reached 994.6 mm (39.16 in), enough to flood the town 9 m (30 ft) deep. The Binga and Ambuclao dams in Benguet were unable to support the rains from the storm, forcing them to be opened and flood three towns in neighboring Pangasinan. Minor street flooding occurred along the west coast near Manila.
Across Luzon, the high rains caused flooding, landslides, and halted construction of a dam in Bakun. Considered one of the strongest typhoons to hit the area in decades, Zeb knocked down tress and power lines, which covered roads and left areas isolated. The winds were strong enough to blow over a jeepney. Along its path, the storm destroyed 26,305 houses and damaged another 59,539,[20] mostly affecting those of weaker building materials. River flooding caused heavy damage to crops, estimated at ₱1.76 billion (1998 Philippine pesos, $41.3 million U.S. dollars); the storm destroyed 181,630 t (400,430,000 lb) of rice in Ilocos Region and Cagayan Valley. Most of the damage occurred in Luzon, with little impact elsewhere. The storm also marred the local infrastructure; areas in northeastern Luzon were isolated when landslides blocked a highway, and several other roads and bridges were impassible. Overall, Zeb killed 83 people in the country, while injuring another 63; most of the deaths were related to the landslides, and 33 of the deaths were in Cordillera Administrative Region. Overall damage was estimated at ₱5.375 billion (PHP, $126 million USD), which as of 2011 was the thirteenth-costliest typhoon in the Philippines and the fifth-costliest at the time.