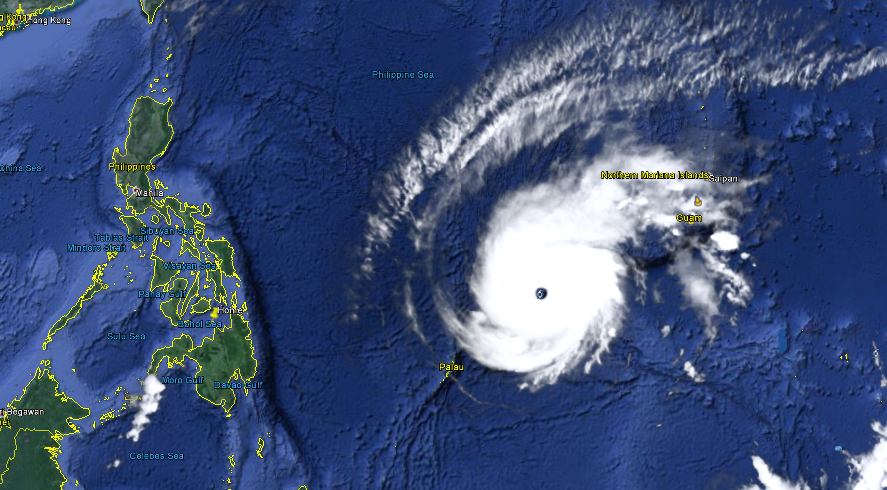 Super Typhoon MAYSAK again got stronger last night. The central pressure of the cyclone had been down to 905 hPa. This makes MAYSAK one of the strongest typhoons.

MAYSAK is now the third most intense Super Typhoon (at Category 5 strength) ever to form early in the Season (from January to April). The other two Super Typhoons with similar strength in the past were: Super Typhoon OPHELIA of January 1958 and Super Typhoon MITAG/Basyang of March 2002.

It happens not often that all the meteorological agencies are so near to each other with their track forecasts. The reason for the usual divergences are the different mathematical weather models used to calculate the dynamic processes in the atmosphere. This enhances the confidence in these forecast tracks.

I am writing this report with no electricity and only slow Internet because Camiguin is again without power. Meanwhile JMA has corrected their forecast track and data. JMA again sees the storm heading rather towards Bicol than Aurora. 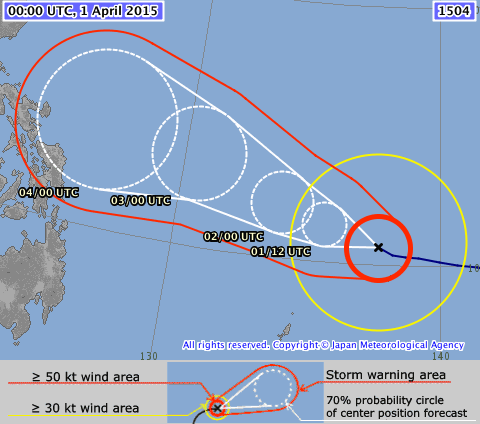 Next update this evening, if we have electricity