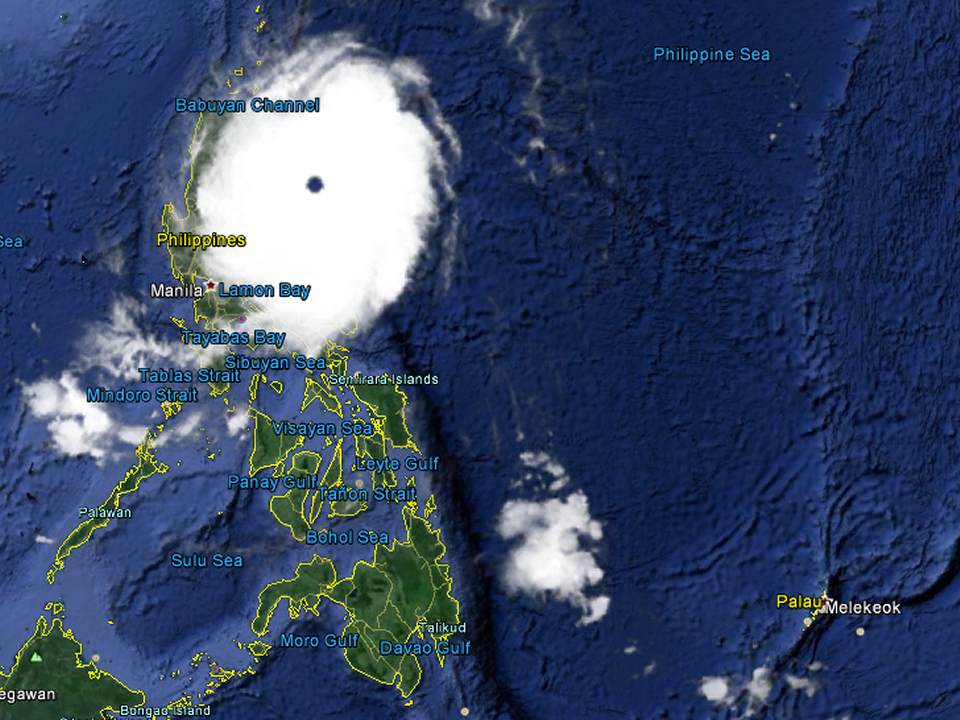 Super Typhoon Typhoon NOUL/Dodong has gained extreme strength. Central pressure fell down to 918 hPa and wind speed near the center is up to 240 km/h. Gusts are almost 300 km/h. This is a catastrophic Super Typhoon Category 5.

The cyclone’s eyewall has begun to affect areas on the north-eastern shorelines, where very strong winds and heavy rains occurring. The Potential Landfall Area of the eye and its eyewall will be somewhere along the eastern and northern tip of Northern Cagayan late this afternoon or evening. Strike Probability is now 90 to 100%.

The picture below shows the results of the Doppler Radar SRtations in Aparri and Baler. Unfortunately the radars are out of synchronization. You may observe them on Project NOAH. 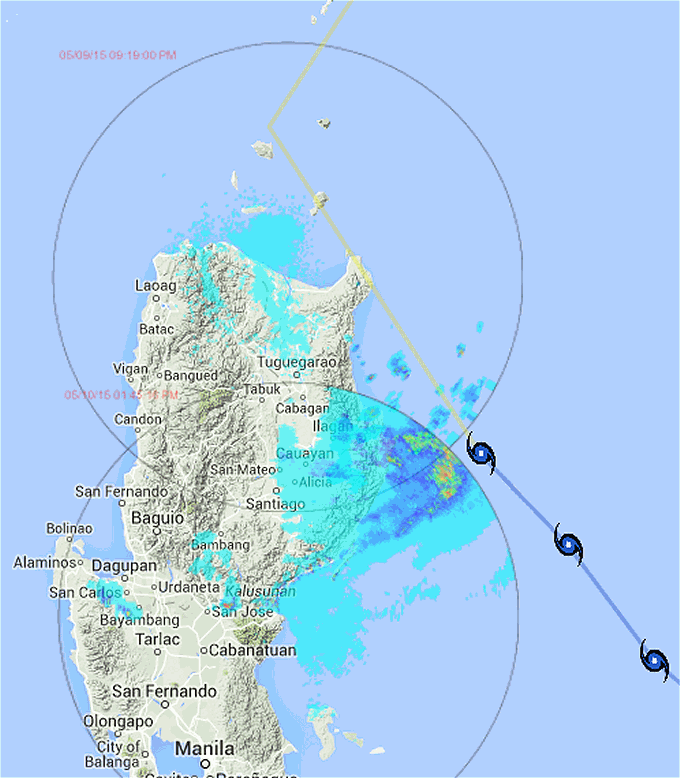 The yellow line shows the track forecaast for the next hours.

The real horror jumps out of the animated satellite images. 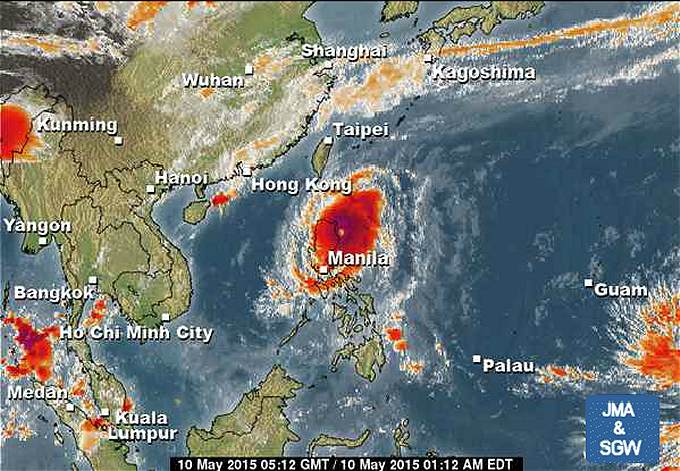 In 2 hours 30 night will fall just at the time the typhoon will make landfall in the extreme north-east of Luzon. Imagine all those people up there. No light and extreme rains and winds. We hope they did follow the warnings and found shelter. 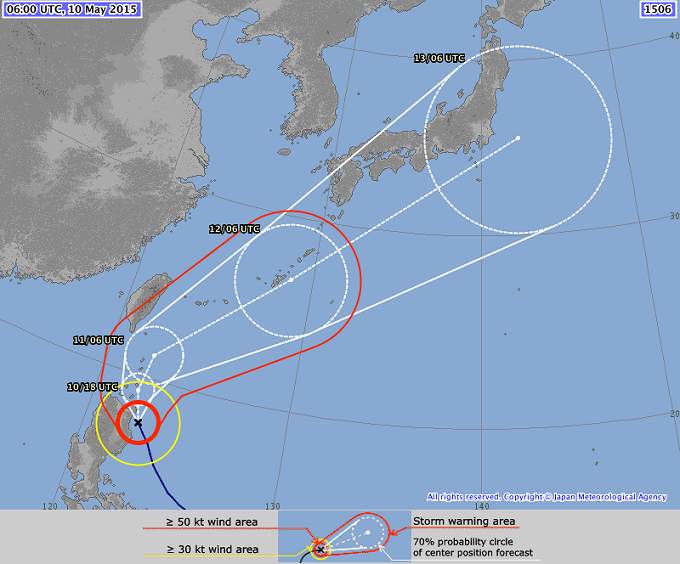 Next update at landfall time
[GARD]