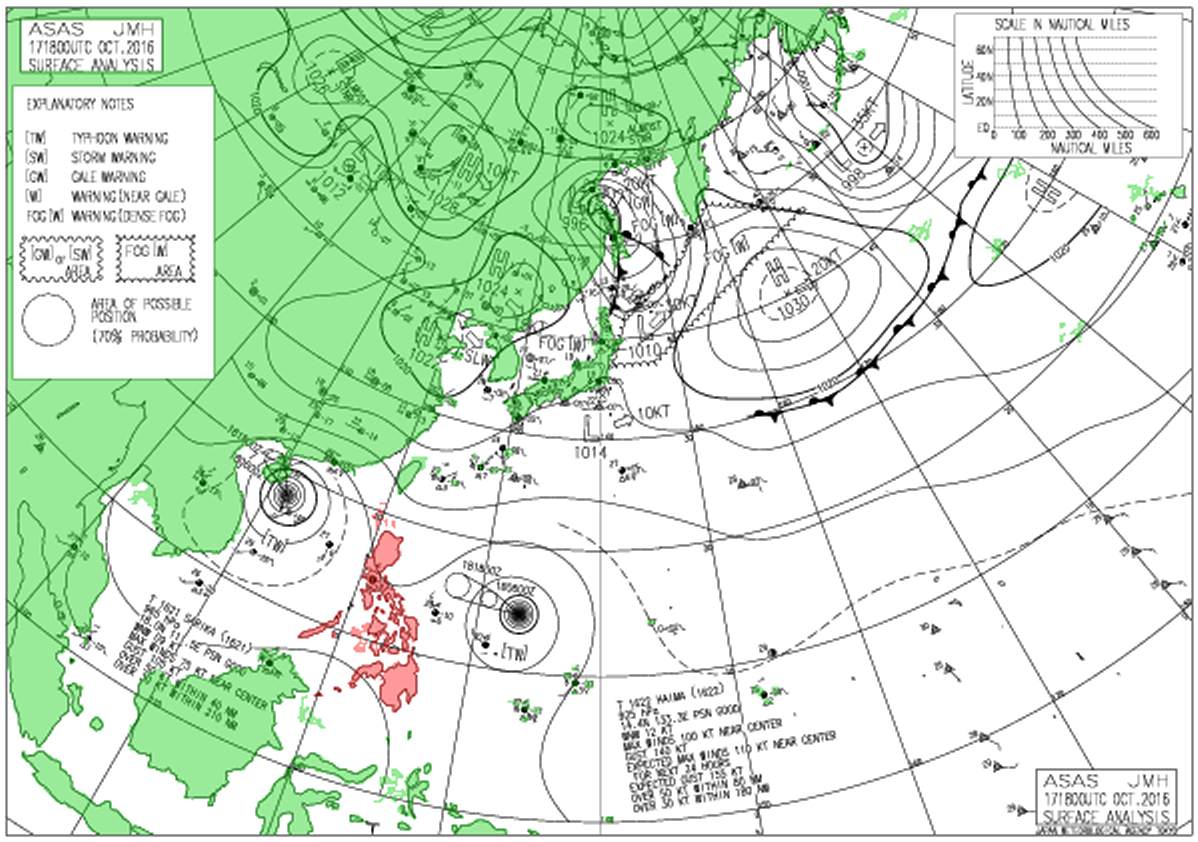 Typhoon HAIMA/Lawin has been upgraded to cyclone category 4. JMA has already attributed their highest category: VIOLENT

Typhoon HAIMA/Lawin has further intensified as it continues to move fast across the eastern part of the Central Philippine Sea. Current forward speed is 26 km/h in west to north-western direction. This cyclone could become a Super Typhoon today and is likely to threaten Northern Luzon within the next two days. Residents along its path are advised to take all necessary precautions.
Since last night the cyclone shows a small but clearly visible eye. Circular winds around the centre are now over 200 km/h with gusts going up to 250 km/h. The trend is increasing wind speeds. 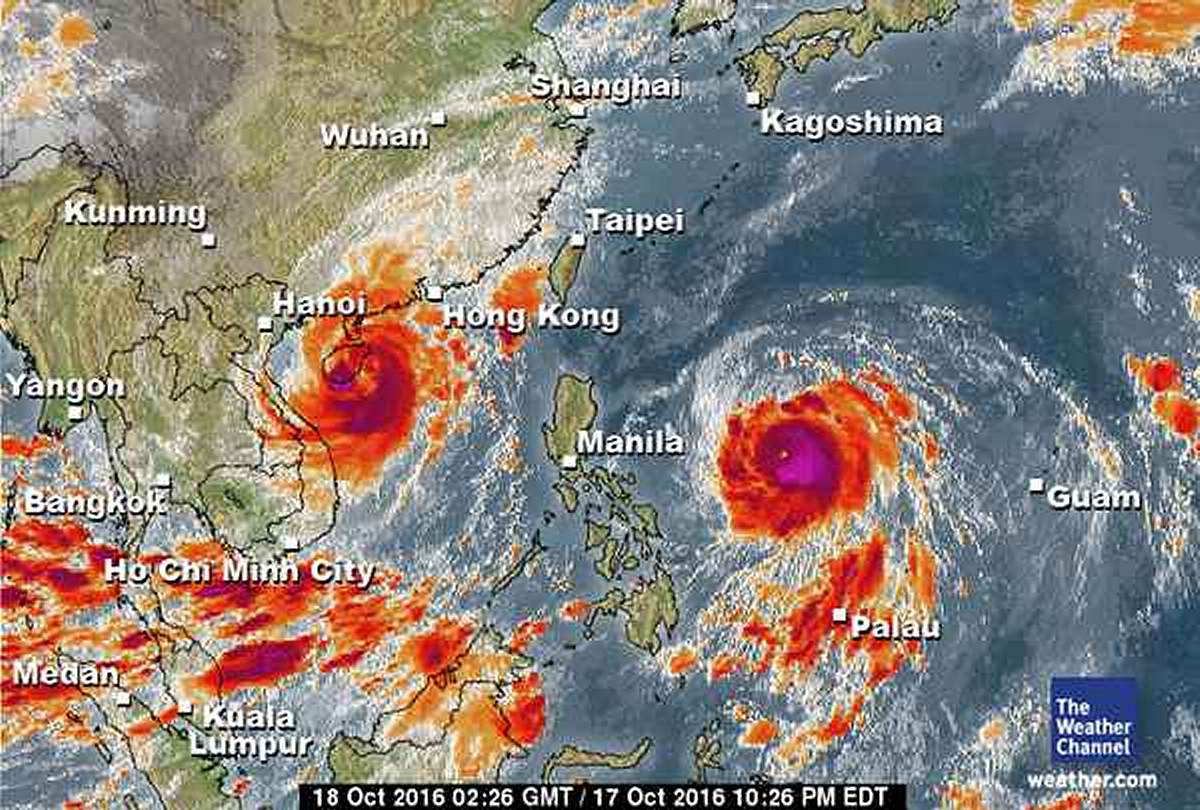 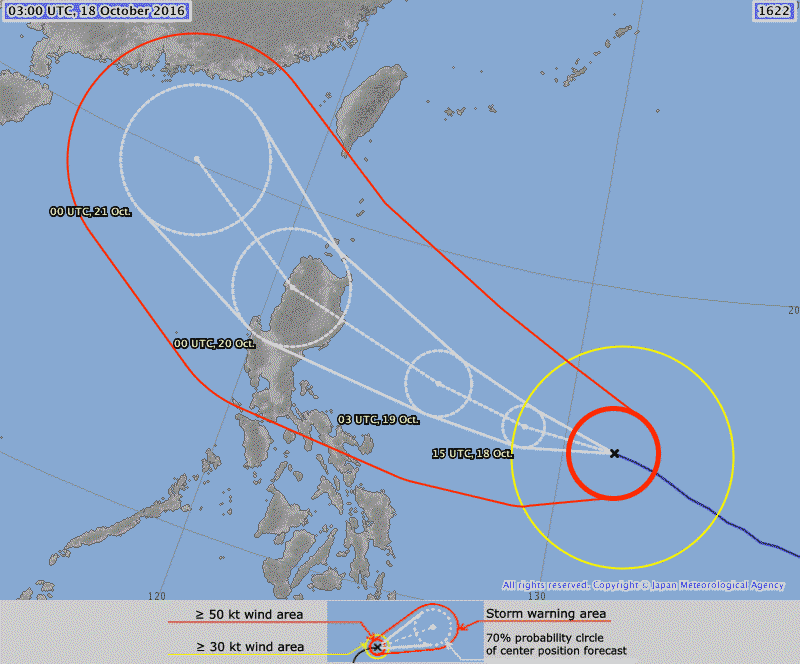 JMA and HKO predict a more southern path than JTWC. We stay with the Japanese weather model which has often been the best track forecast.