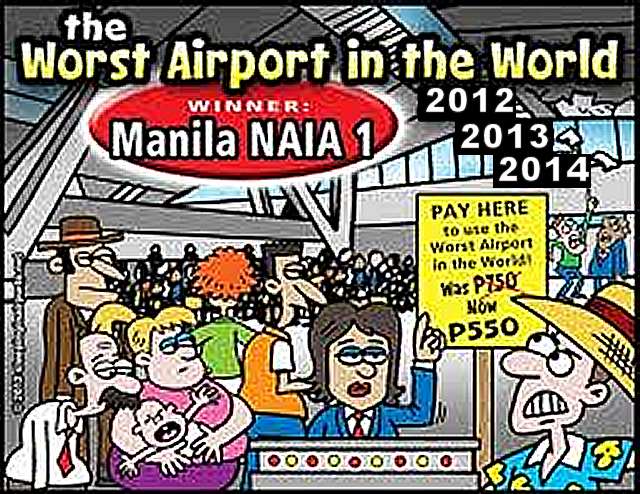 Terminal Fee is a magic word in the Fee-lippines. For any shack or shelter in a port or airport one has to pay the famous Terminal Fee.

Some small progresses had been made in the past months. Domestic tickets outgoing from Manila’s NAIA have the terminal Fee now included. On the other hand in provincial airports this fee did increase by more than 100%. In Mambajao (Camiguin) they went up from 20 Pesos to 50 Pesos. I think, they still have open bills for the paint.

Starting October, passengers at the Ninoy Aquino International Airport (NAIA) can expect shorter queues as the airport’s terminal fees will be integrated into the prices of their airline tickets.The Department of Transportation and Communications (DOTC) said the Manila International Airport Authority reached an agreement with representatives of international air carriers for the integration.“The integration program will begin in October 2014, with a one-year transition period ending in September 2015. Full implementation of the policy will be in October 2015,” the DOTC said in a statement posted on the Official Gazette website.

Of the PHP 550 IPSC collected by MIAA, 390 goes to maintenance and upkeep, 100 to the national government, and 60 to aviation security.The DOTC is conducting upgrading efforts for NAIA Terminals 1 and 3. Rehabilitation for NAIA Terminal 1 involves structural retrofitting, architectural works, and improvement of mechanical, electrical, plumbing, and fire protection facilities. It is scheduled for completion in January 2015. Completion works for NAIA Terminal 3 may be finished next month, to pave the way for the transfer of five airlines from Terminal 1 to Terminal 3 by August 2014.

Bad News: The low cost carriers (LCC) will have another add-on! 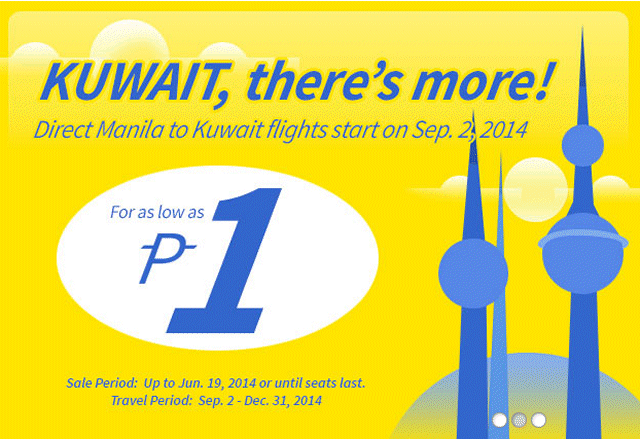 They offer it for PHP 1.00 (1 Piso only). But when you go on with booking, then your eyes go wider and wider.

This adventure I’ll describe in my next article. Have a nice flight.