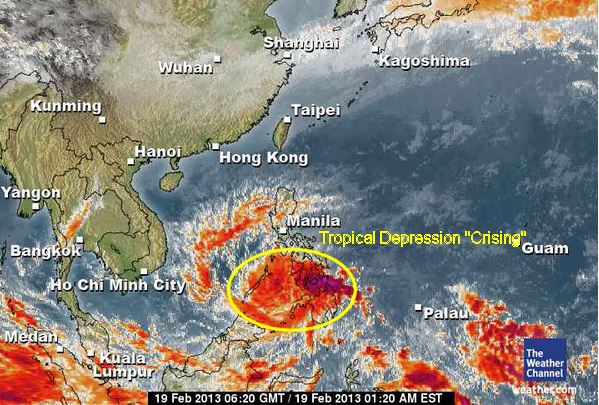 The Tropical Depression “CRISING” is moving west to northwest at 22 km/h.
The biggest quantity of rain went down in northern Mindanao, Camiguin and Bohol (violet color in the map below).

The center of the depression had been reported south of General Santos at 3:00 p.m. But the rainbands spread much more north, where the warm and humid eastern airflow meets the colder air brought by the north-eastern monsoon also known as Amihan.

Visitors from Cagayan de Oro we expected this afternoon informed us by SMS (text) that the roads in Misamis Oriental were flooded and that landslides occurred in several places.

They won’t do it today. Good luck, anway.