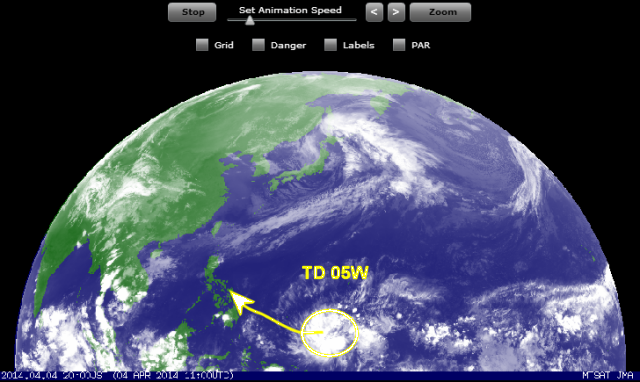 The Tropical Depression (TD 05W ) still east of Palau moving west to northwest towards the Philippines.

The forward speed is about 15 km/h. The wind speeds are 55 km/h near the center with gusts up to 75 km/h. The central pressure has decreased to 1000 hPa. If this storm continues on its current forecast track, it will reach the Philippines in the first half of next week. Its current position is still south at 3.5° North and  143.7° East. The distance from Mindanao is about 1900 kilometers.

We keep an eye on this storm system and update our information at least once per day.