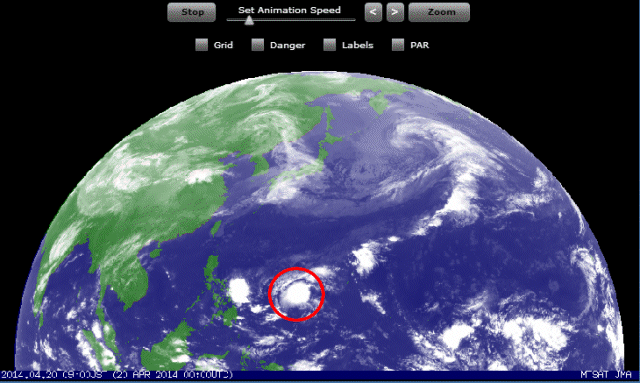 A new Tropical Depression (LPA 98W) is forming east of Palau. The TD is slowly moving westwards, towards the Philippines.

Weather is still sunny in the Philippines. There are some locally produced cumulus clouds that can grow in the afternoon to thunderstorm cells.

The development of the clouds in the red circle is better visible in our 24 hours satellite image loops. 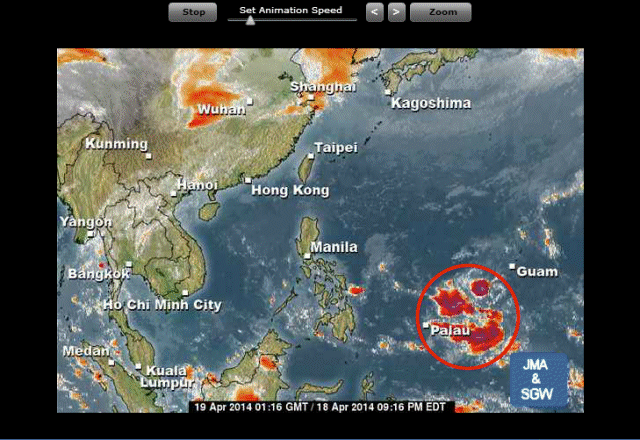 The water vapor density in above picture shows that the Philippines are mostly sunny. 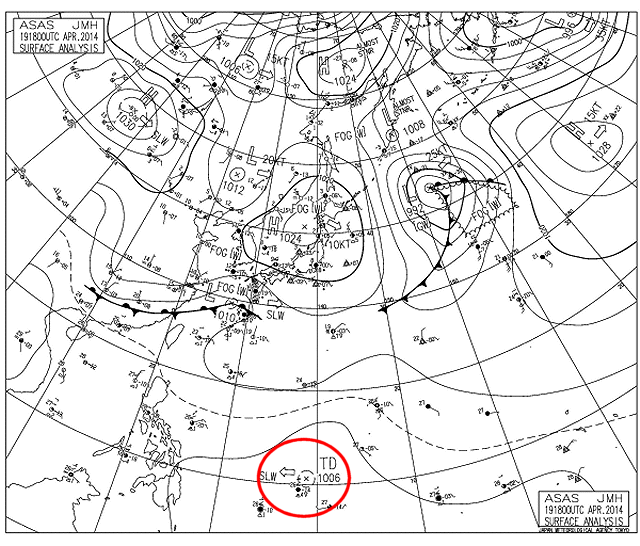 The JMA isobars map shows the slow westward movement of the new TD. The depression is still weak with 1006 hPa.

Although the chance that this depression develops into a cyclone is still very small, we’ll have an eye on this system