Tropical Storm KOPPU/Lando continues on its westward track. It has slightly slowed down the forward speed from 25 to 20 km/h. It has maintained wind speed (strength).

Tropical Storm KOPPU/Lando will continue to move on a generally westward track for the next 24 hours, turning slightly west-northwestward. It will intensify during the next 48 hours while moving over the warm waters of the Philippine Sea and will becoming a Typhoon by Thursday evening. The second Tropical Storm CHAMPI will turn northwestward very early and should not reach the Philippines. 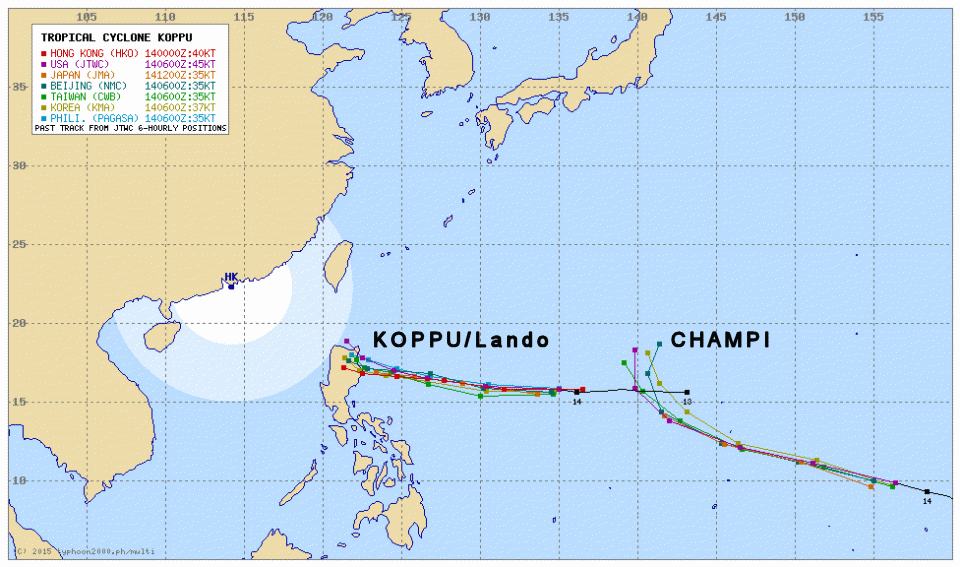 PAGASA has not yet set storm signals. Tropical Storm KOPPU/Lando brings rain showers with some thunderstorms across the Northern and Eastern Sections of Luzon including Bicol and Quezon Provinces at least for the next 24 hours. Residents are advised to take precautionary measures against possible flashfloods and landslides especially during heavy downpour.

Next update tomorrow around noon.