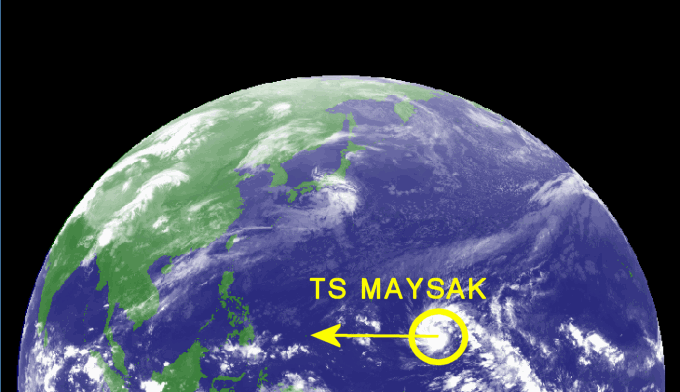 Tropical Storm MAYSAK is developing over Micronesia. The storm is increasing and moves west to northwest at a forward speed of 15 km/h.

Tropical Storm MAYSAK is still far away from the Philippines, about 3180 km east of Mindanao. It’s current position is 7.8° North and 155.2° East. JMA, the Japan Meteorological Agency predicts that the storm will move faster and increase in strength. With a forward speed of 25 km/h this Tropical Storm should arrive on the coasts of the Philippine islands within 5 days, meaning  Thursday, April 2.

We keep an eye on this cyclone and will report its development at least once per day.