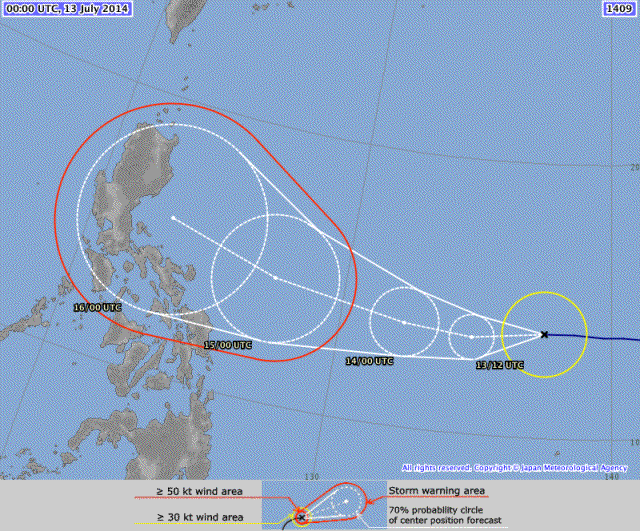 Tropical Storm RAMMASUN continues on its straight western track. The storm has maintained its strength and tonight will enter PAR (the Philippine’s Area of Responsibility).

Forecasts predict that the track will slightly bend from straight west to west-northwest in the coming 24 to 36 hours. If the storm follows this new track, it will make landfall in Aurora between Baler and Casiguran on Wednesday evening.

As usual, we rely on the forecast of JMA, the Japan Meteprological Agency. You may also want to see their barometric map which not only shows the storm’s pressure but also other low and high pressure areas in the region. These other systems may influence the direction and the development of Tropical Storm RAMMASUN. There is a weak high pressure north of RAMMASUN that prevents the storm from turning north-west.

Below is the map of JTWC (US NAVY). It shows that Tropical Storm RAMMASUN will become a typhoon Cat.1 when it enters PAR. Maximum strength will be Cat.2 just off the coast of Aurora. 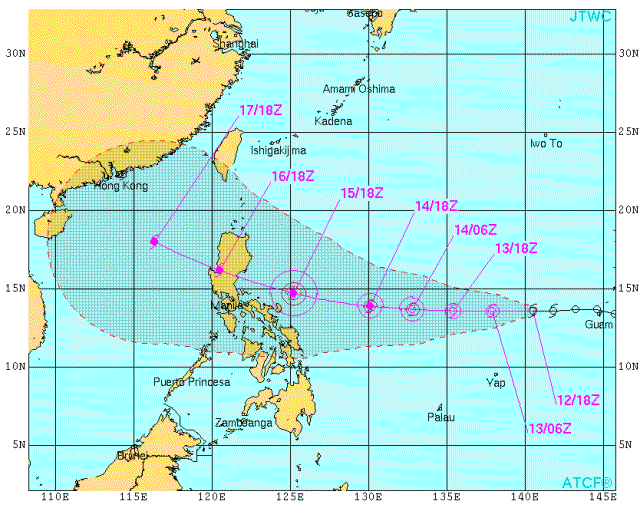