A strange guy of storm and strong Habagat 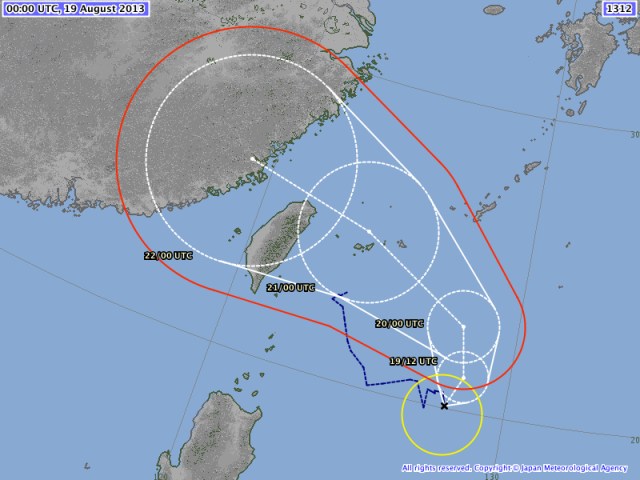 Northwest Pacific isn’t friendly at this moment. Off the north of the Philippines a Tropical Storm called TRAMI / Maring runs on a strange track and is amplifying the south-west monsoon also known as Habagat. 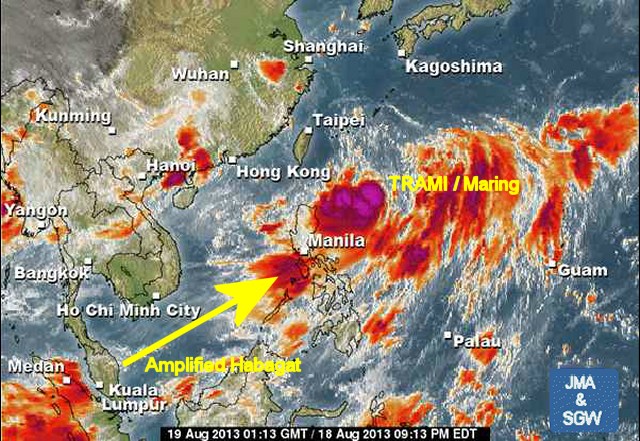 Storm Track and Forecast by JMA

Meanwhile, the Severe Tropical Storm PEWA /01C has tracked northwestward over the far Western Pacific Ocean.
Its center was located about 1,470 km southeast of Wake Island or 5,860 km east of the Philippines (13.0° N 178.7° E) with maximum winds of 95 km/h. The storm is moving NW @ 15 kpm/h towards Wake Island. This storm is still much too far to affect any part of the Philippines, but we keep an eye on it.