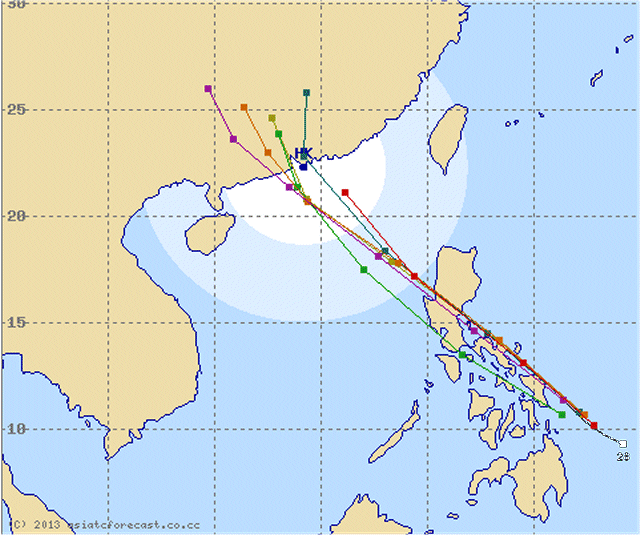 Tropical Depression 99W / Gorio  has strengthened into a Tropical Storm (TS) and is now known internationally as “RUMBIA”. The storm has made landfall  near Borongan City in Eastern Samar this morning. It starts now crossing the Bicol region. Rainbands are  spreading all over  Bicol and the Visayas.

24 hour total rainfall accumulation: from 5 to 100 mm (slight to heavy rainfall) can be expected along areas affected by the outer & inner rainbands .
Isolated amounts of 101 to 250 mm (heavy) along areas to the south, west and near the center of Rumbia / Gorio.

The multi-agency forecast is coherent except Taiwan (green) that puts the track a bit more south. 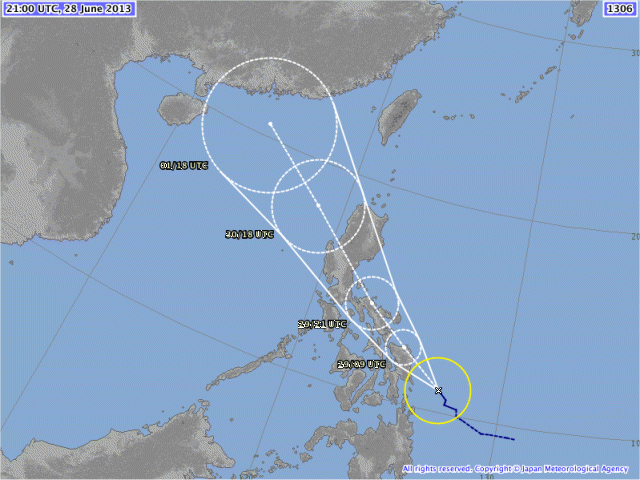