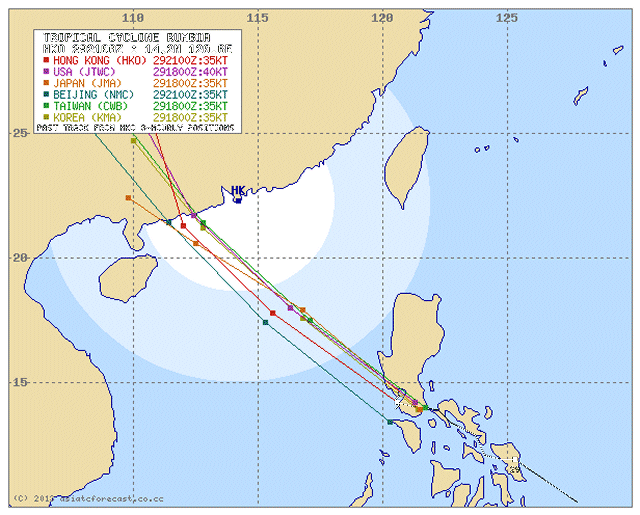 Tropical Storm RUMBIA/Gorio has accelerated its forward speed to 28 km/h. It is now west of Corregidor Island after passing across the provinces of Laguna, Batangas and Cavite early this morning. Stormy weather will continue to prevail across Metro Manila and nearby areas.

As of 6:00 am today, the center of Tropical Storm RUMBIA/Gorio was located over Corregidor Island or over the westernmost part of Manila Bay, about 58 km west-southwest of Metro Manila. It moves in the general direction of the West Philippine Sea.

The multi-agency forecast is again in one line. 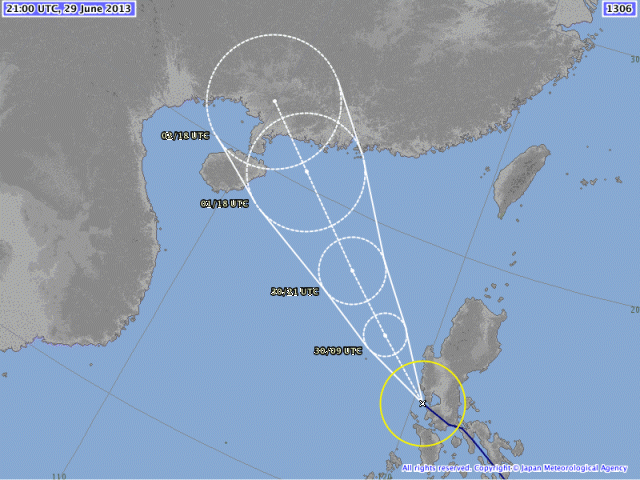