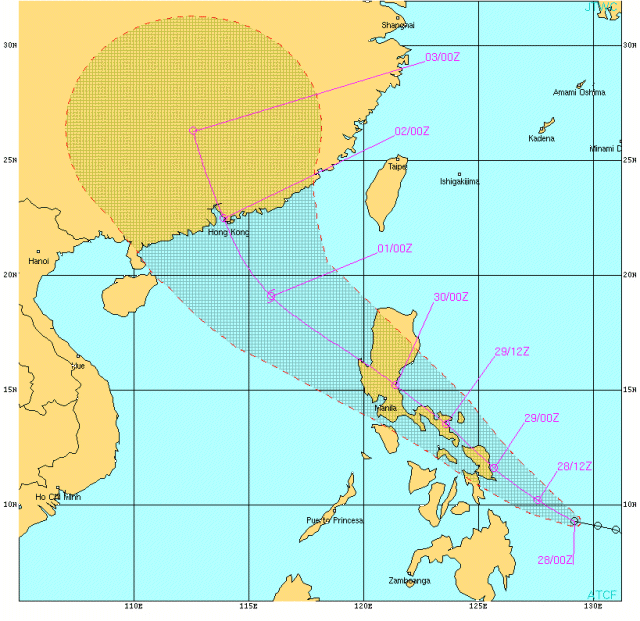 Maximum wind speed is 40 km/h. The depression was almost stationary during the past 3 hours.  Its western rain-bands have started to spread and affect Caraga and Eastern Visayas Regions bringing scattered to widespread rains with squalls and thunderstorms today.