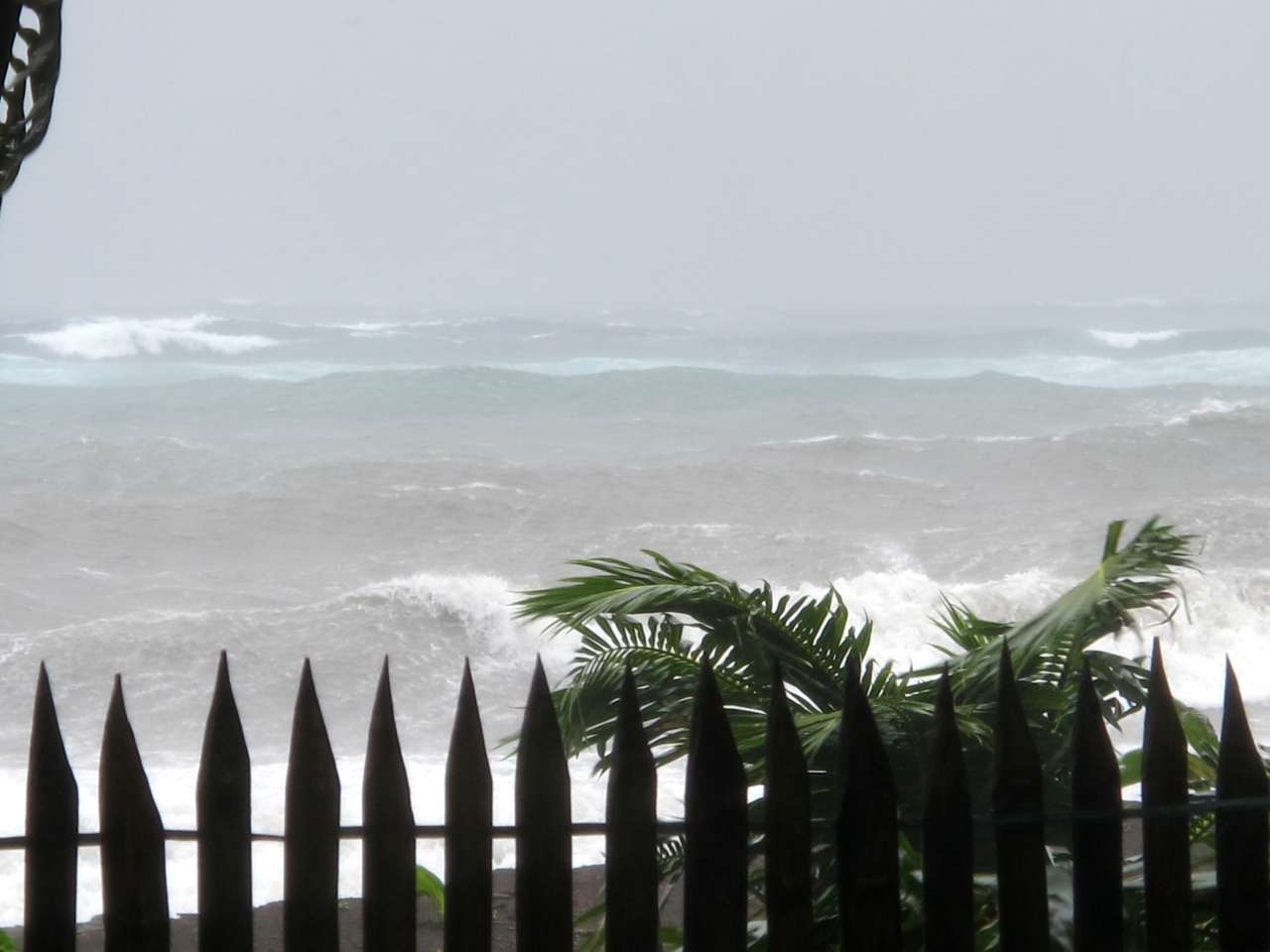 Typhoon BOPHA/Pablo is now leaving the Philippines islands. It will still be within PAR until midnight or early tomorrow morning but won’t encounter any other of the republics islands. 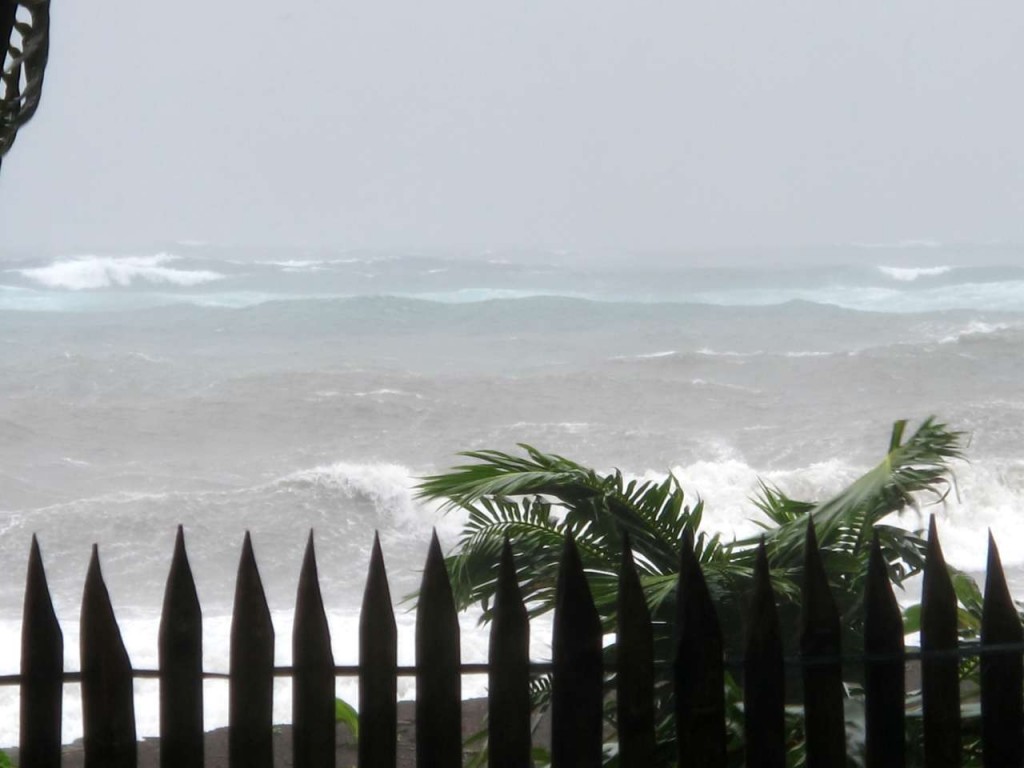 The sea yesterday at noon-time on Agoho Beach in Camiguin.

Nonofficial sources speak of 82 deaths and still 21 missing people. The National Disaster Risk Reduction and Management Council kept its official death toll at 15 and 30 injured. The NDRRMC did a good job this time. Lots of people in the forecast track of typhoon BOPHA/Pablo were evacuated early enough. More than 24,000 families or 120,000 persons in Eastern Visayas, Northern Mindanao, Davao region and Caraga fled their homes to seek shelter. Most of the evacuees were from Surigao del Sur with over 50,000.

Our congratulations go to the NDRRMC

But on the other hand PAGASA did a rather bad job. At the beginning, they informed that there is no cyclone within the Philippines Area of responsibility (PAR), but  typhoon BOPHA/Pablo had been just out of the “door”. Valuable time went lost. And once the typhoon had been within PAR, the forecasts had been delayed up to 4 hours as did the storm signals.

Compared with last year’s Sendong, typhoon BOPHA/Pablo killed much less people and less destruction happened. Again Cagayan de Oro had been hit. But this time Cagayan River only destroyed a bridge and flooded the center of the city. We hope that this is a sign that authorities have learned their lesson and that it’s not only a sign of good luck.

Today in Camiguin the weather is fine. Blue sky, blue and calm sea, sunshine and a gentle breeze from south-west. But one big question is left:

This is the second time within 12 months that a typhoon hit Mindanao. Up to now, Mindanao had been considered to be typhoon-free. Were these simply the exceptions that confirm the rules? Or is it a sign of climate change?