Some things are moving in the Philippine sky – others aren’t 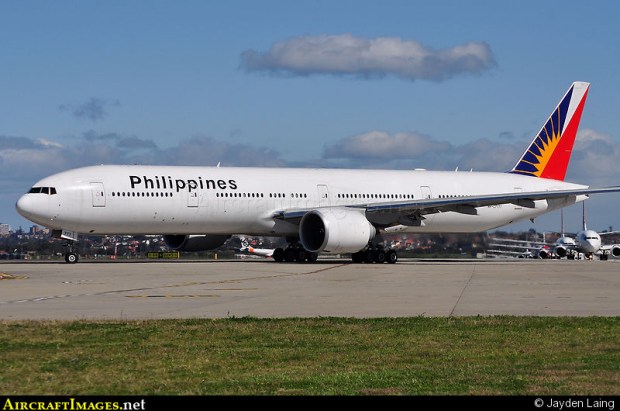 Despite of the non moving CAAP, two airlines in the Philippines are making forward steps. It is not very probable that the Category 2 status imposed by FAA in 2008 and the EU blacklist and ban will change soon.

National flag carrier Philippine Airlines (PAL), a joint venture between taipan Lucio Tan and diversified conglomerate San Miguel Corp. (SMC), is looking at flying at major cities in the US and European countries once the ban on the domestic airline is lifted by the US Federal Aviation Authority (FAA).

PAL president and chief operating officer Ramon S. Ang told reporters on the sidelines of the Manila-Toronto send-off ceremony at the Ninoy Aquino International Airport 2 that the airline is patiently awaiting the lifting of the Category 2 status imposed by the FAA on the Civil Aviation Authority of the Philippines (CAAP).

“If Category 2 is lifted by FAA, we hope to fly to New York of course as well as major cities in Europe like London, Paris, and Rome. But we still have to patiently wait for the lifting of Category 2,” Ang stressed.

The US FAA in 2008 slapped the Category 2 status on Manila due to failure to comply with safety issued preventing Philippine carriers led by PAL from expanding or mounting more flights to the US.

PAL is in talks with Cayman Airways and the government of Cayman Islands for possible joint venture arrangements to skirt the ban on domestic airlines and service the lucrative US routes.

Cayman Airways was established and started operations in 1968. It was formed following the Cayman Government’s purchase of 51 percent of Cayman Brac Airways from LACSA (the Costa Rican flag carrier) and became wholly government owned in December 1977.

After 15 years, the Philippines is again linked with the North American East Coast with the launch of direct Manila-Toronto flights by PAL last Nov. 30, benefitting more than 200,000 Filipinos living in greater Toronto who plan to spend the coming Christmas holidays.

The flights from Toronto every Wednesday, Friday and Sunday would arrive in Manila before six in the morning with enough time connecting to 32 domestic and 26 international destinations.

From Manila, passengers can connect to any of PAL’s five daily flights to Hong Kong, thrice daily to Singapore, twice a day to Bangkok and Seoul, once a day to Ho Chi Minh, twice a week to Bali, and many more regional routes.

Starting Jan. 16, PAL said the Toronto flights would increase to four times a week with stop-overs at Vancouver. On March 10, the service would become daily, with the addition of three non-stop flights every week.

The luxurious wide-body jet is especially designed for such inter-continental journeys. Its two GE 90-115BL engines – the largest and most powerful ever built – can readily cover the 13,230 kilometers between the two cities non-stop.

The new service kicks off the peak Christmas travel season, one of the busiest periods in the Philippine travel calendar.

The Ontario capital would be PAL’s first foray to the East Coast of North America in 15 years. Toronto is now PAL’s 27th international destination and 46th overall.

PAL is in the midst of a massive refleeting program where it intends to acquire 100 new aircraft. It has purchased 65 Airbus aircraft in two separate contracts valued close to $10 billion.

Ang said the airline is still in talks with Airbus and Boeing for the acquisition of the remaining 35 aircraft.

SEAIR I is the newest carrier in the Philippines

The new carrier formed by the founders of South East Asian Airlines, Inc. (SEAir) has bagged a flying permit from the government, paving the way for the start of its operations by January, officials said last week.

The AOC, which SEAir I applied for “in the first quarter,” is needed for the airline to commence operations, Nikos Gitsis, co-owner of SEAir I, told reporters in a chance interview late Wednesday in Taguig City.

“I think, we will fly after New Year, hopefully. We plan to start with Batanes,” said Mr. Gitsis, who owns 20% of SEAir I.

“We are also planning to develop routes within Palawan, like from Puerto Princesa to El Nido to Busuanga.”

Mr. Gitsis said SEAir’s new investor planned to transform the carrier into a low-cost airline, which led to the suspension of its Manila-Batanes flights in August.

“Tiger and SEAir decided to focus on a purely low-cost model. Small planes are not conducive to a low-cost operations, it requires a different modality,” he explained.

Mr. Gitsis said while SEAir and SEAir I have “common shareholders” such as marketing professor and SEAir co-founder Tomas B. Lopez, one is not a unit of the other.

Mr. Gitsis, who remains a consultant of SEAir, said both airlines will launch revised brands next year. “The two airlines will roll out a revised branding to differentiate the two from each other in the first quarter,” he said, adding that SEAir I may change its name in the future.

Mr. Gitsis said he wanted SEAir I to be known as a “niche carrier.”

“SEAir, which we call ‘Sea Tiger,’ will focus on the low-cost model serving mass routes,” he said.

“SEAir I will be a niche carrier, focusing on the development of places in the Philippines that need to be developed,” he added.

“There is a need to develop new routes, because areas like Batanes are underserved, there is a tourism potential there that needs to be supported.”

Prior to the AOC, SEAir I had secured the Civil Aeronautics Board’s (CAB) Certificate of Public Convenience and Necessity in July.

The new airline will operate a 32-seater Dornier 328 Turbopop and a Boeing 737 for cargo operations.