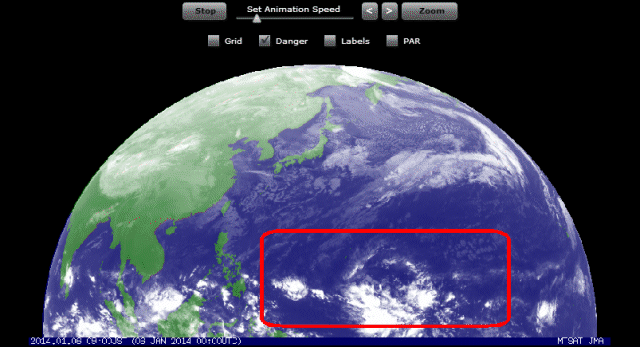 There is nothing! The satellite image of the northern Pacific of this morning shows absolutely no dangerous situation. The fully animated 24 hours movie is here.

It is extremely tasteless to shock people with a non-existing menace, while ten thousands of Pinoys are still suffering from devastating typhoon HAIYAN/Yolanda.

2014 Typhoons entering PAR (the Philippines Area of Responsibility) will get these names: