Typhoon HAGUPIT/Ruby is moving very slowly over the Visayas. With an average forward speed of 10 km/h the typhoon will need about 56 hours to cross the Philippines.

After having made landfall at 9:15 p.m. yesterday evening over Dolores in Eastern Samar. The storm is now moving towards the island of Masbate. The radius of damaging winds with 95 km/h and more is now 120 km. This means that strong storm winds last for up to 24 hours in the touched regions. Usual ar 4 to 8 hours.

Fortunately Typhoon HAGUPIT/Ruby got a bit weaker. Central pressure is now 945 hPa. Winds blow with 185 km/h near he center and gusts go up to 220 km/h.

The government said more than 600,000 people in coastal areas were in evacuation centers, and many others were expected to pour in as the slow-moving “Ruby” was expected to make four more landfalls today – between 8 a.m. and 10 a.m. in Masbate; between 2 p.m. and 4 p.m. on Sibuyan Island; between 5 p.m. and 7 p.m. in Romblon; and between 8 p.m. on Tablas Island. 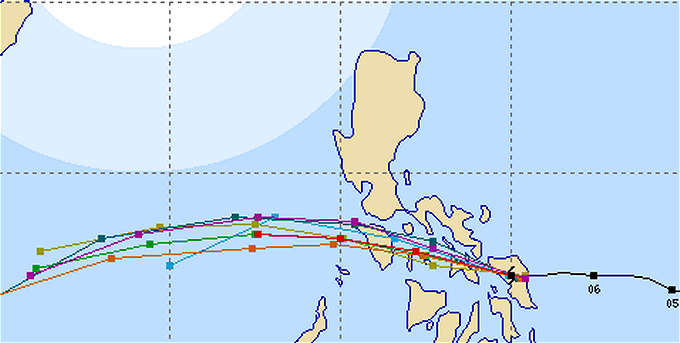 There is no more discussion where the storm will pass. 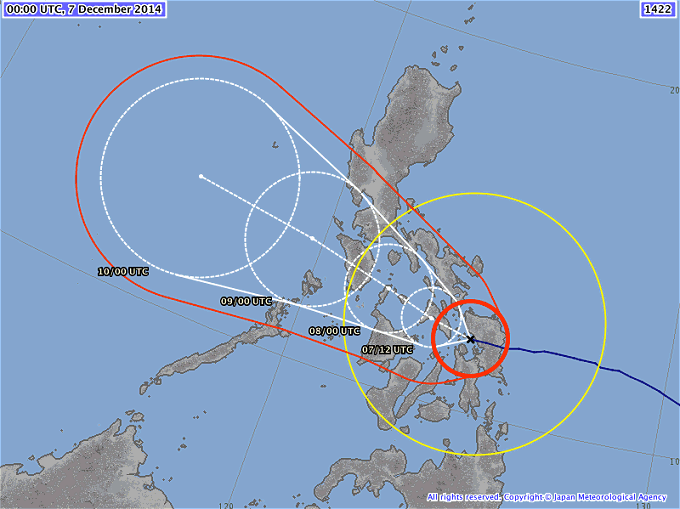 The red circle indicates the zone of strong storm winds of over 90 km/h. This wind speed is damaging. Inside the yellow circle wind speed is more than 50 km/h. 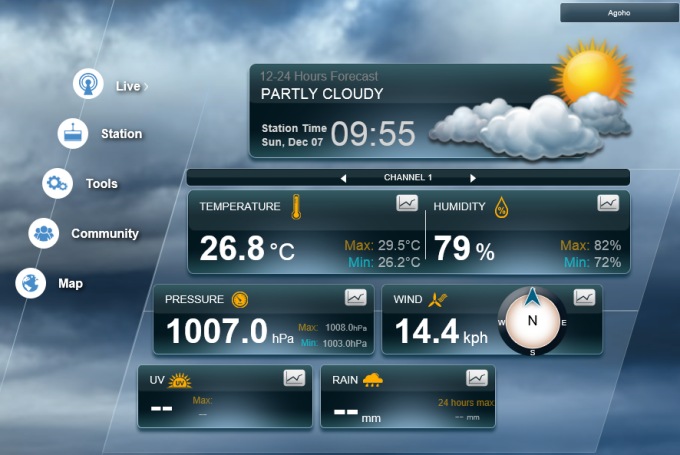 Our weather station is optimistic 😉 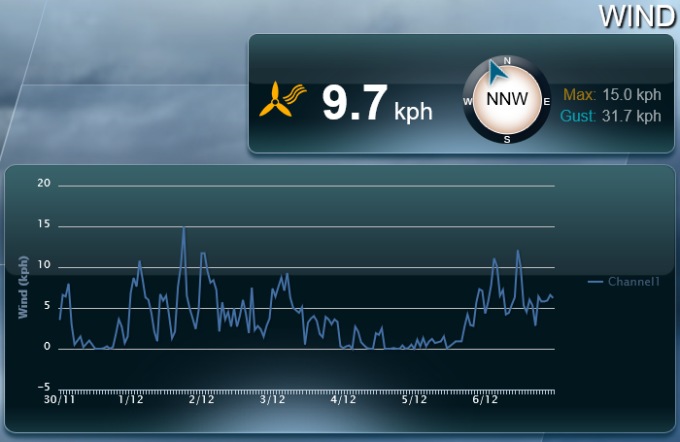 During last night the wind got stronger and blows in gusts. The waves are now more than 2 meters high. Still no rain.

Next update this afternoon / evening.