HAGUPIT/Ruby – slowed down and weakened

Typhoon HAGUPIT/Ruby has slowed down its forward speed from 30 km/h to only 15 km/h. The typhoon also weakened a bit and is now a Typhoon Category 4. This change is due to the constantly weakening High Pressure Areas (HPA) over continental China.

The weakening is more than welcome. Central pressure increased to 925 hPa this afternoon around 3 p.m. Slowing down the forward speed gives evacuation teams a bit more time. But on the other hand the typhoon will remain a longer time in the same place and bring much higher quantities of torrential rainfall.

The airlines have already begun to cancel flights. If you have a flight booked until next Tuesday or Wednesday, get in contact with your airline. Philippine Airlines has already cancelled 26 flights. Cebu Pacific Air is at 48 flights. No news from AirAsia/Zest. 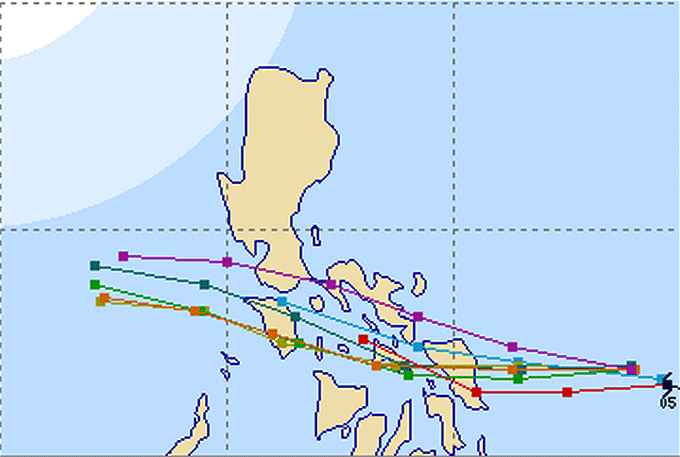 The US Navy (JTWC) in violet is still most northern and removes the immediate danger from Samar.
All other agencies still predict a landfall in Samar. Hong-Kong (red) is the southernmost track.
Panay also seems to escape the worst impact, instead the typhoon will hit Masbate and then Mindoro. 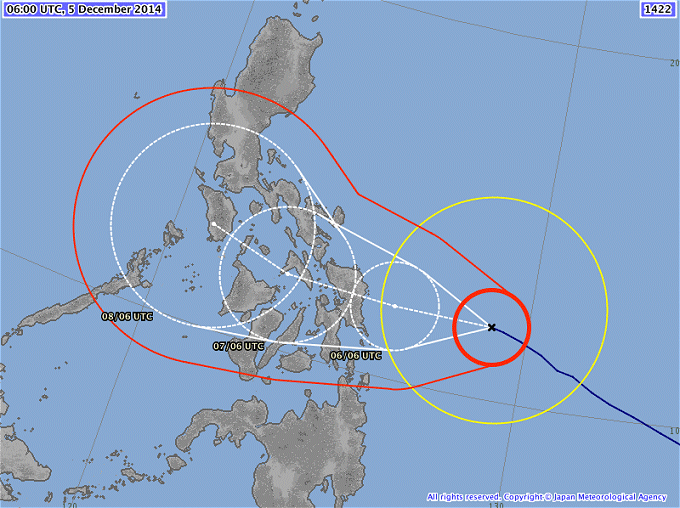 JMA has corrected the strict western track into a slightly west-northwest direction. They still predict a faster forward movement than JTWC. 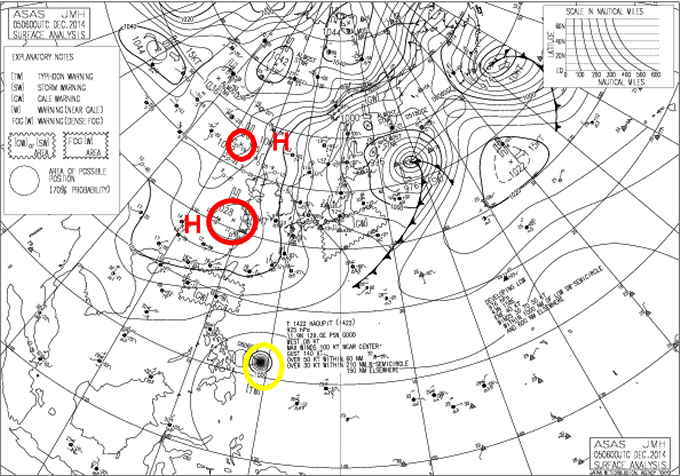 The red circles show the weakening High Pressure Areas over continental China. They are responsible for the more northern track of Typhoon HAGUPIT/Ruby (yellow).