The airlines are cancelling flights. If you have a flight booked until next Tuesday or Wednesday, get in contact with your airline. Philippine Airlines –Cebu Pacific Air. No news from AirAsia/Zest. The ferry companies are also cancelling their trips, but information is available only locally in the ports. Camiguin: Ferries from and to Benoni did sail this late afternoon 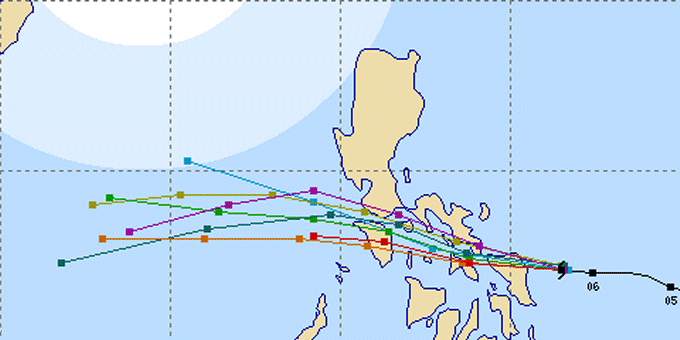 The different tracks are now nearly in one line. 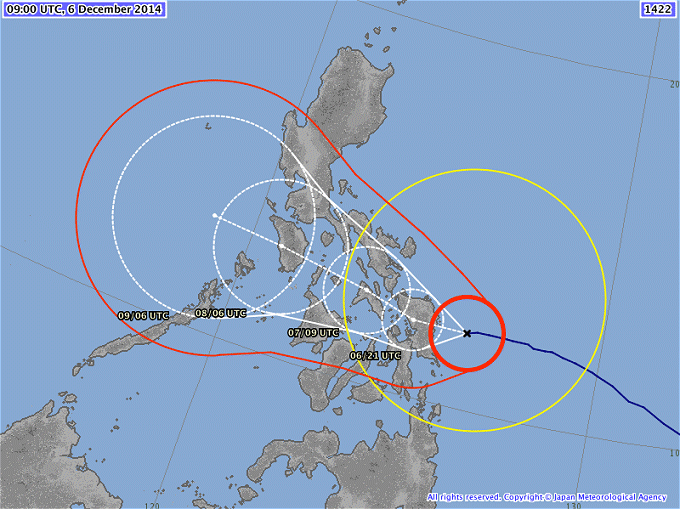 Straight western track until the storm has passed over Samar. Then it will bend slightly north.