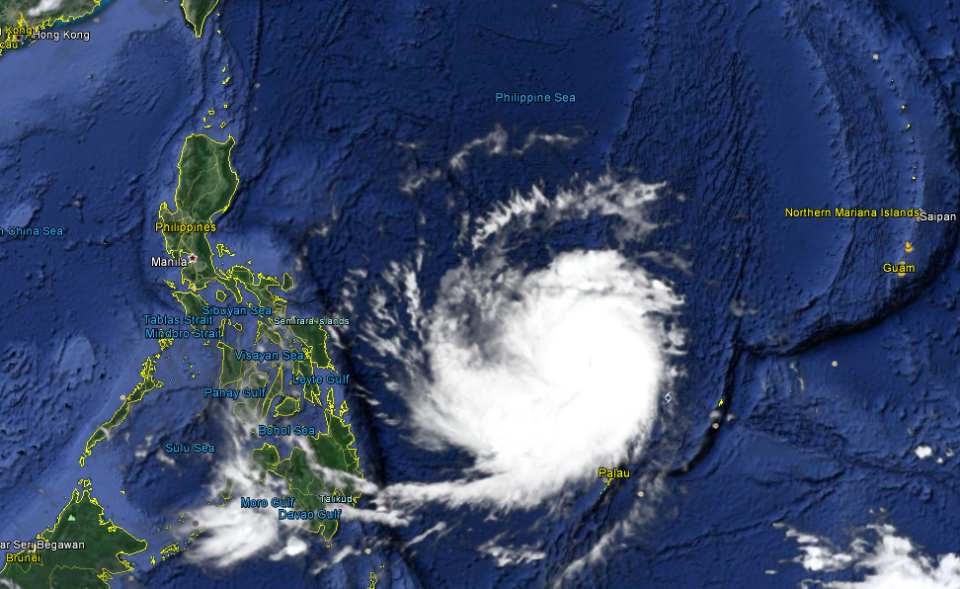 Typhoon NOUL/Dodong is developing now quiet fast. It is already a Cat.2 Typhoon at a central pressure of 956 hPa. Its forward speed has also increase to 24 km/h. All forecast tracks have been revised southwards. 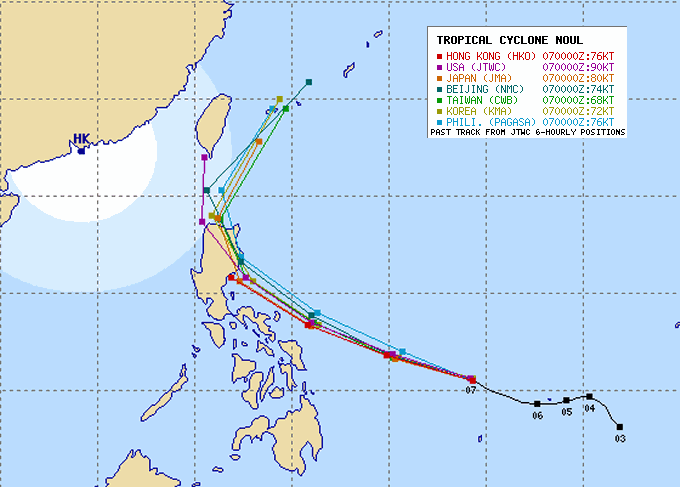