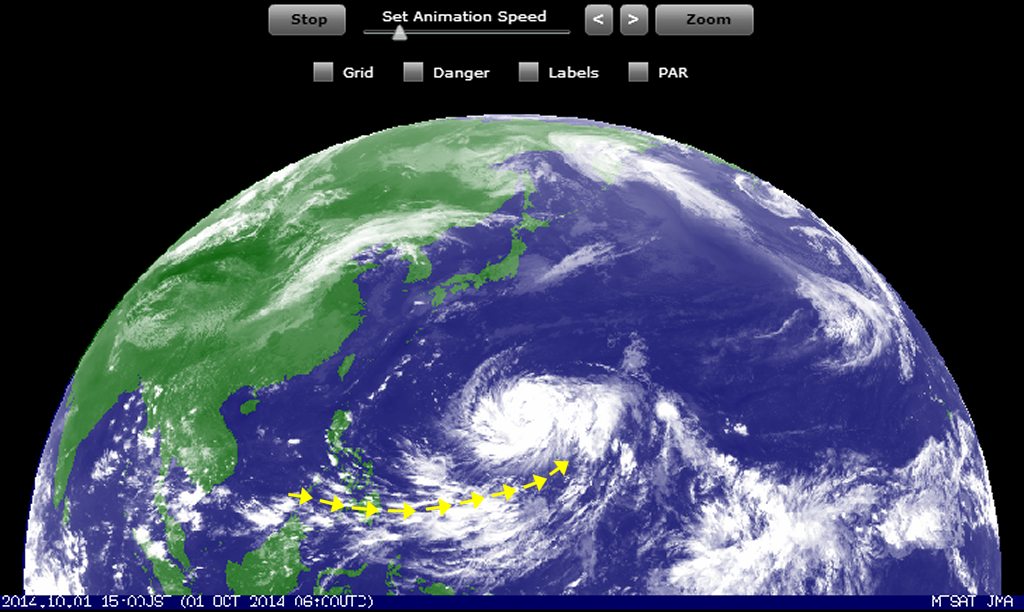 Typhoon Phanfone is developing and still moves west-northwest at 24 km/h. This typhoon may enter PAR (Philippine Area of Responsibilty) at its north-eastern corner. The typhoon will not hit the Philippine islands.

The animated satellite images clearly show the development of Typhoon Phanfone. They also show the suction and amplification of the south-west monsoon (Habagat). 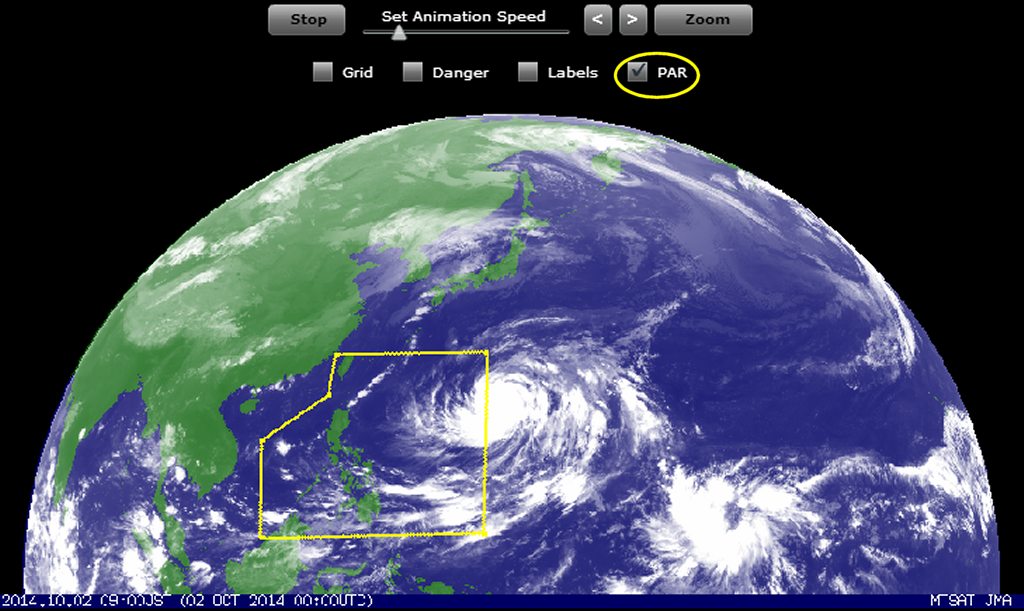 The Philippine Area of Responsibilty (PAR)

While Typhoon Phanfone is already too much north to affect the Philippine islands, another low pressure system is developing much more south. The isobars map of JMA shows its origins at 5° North and 165° East (lower right corner). 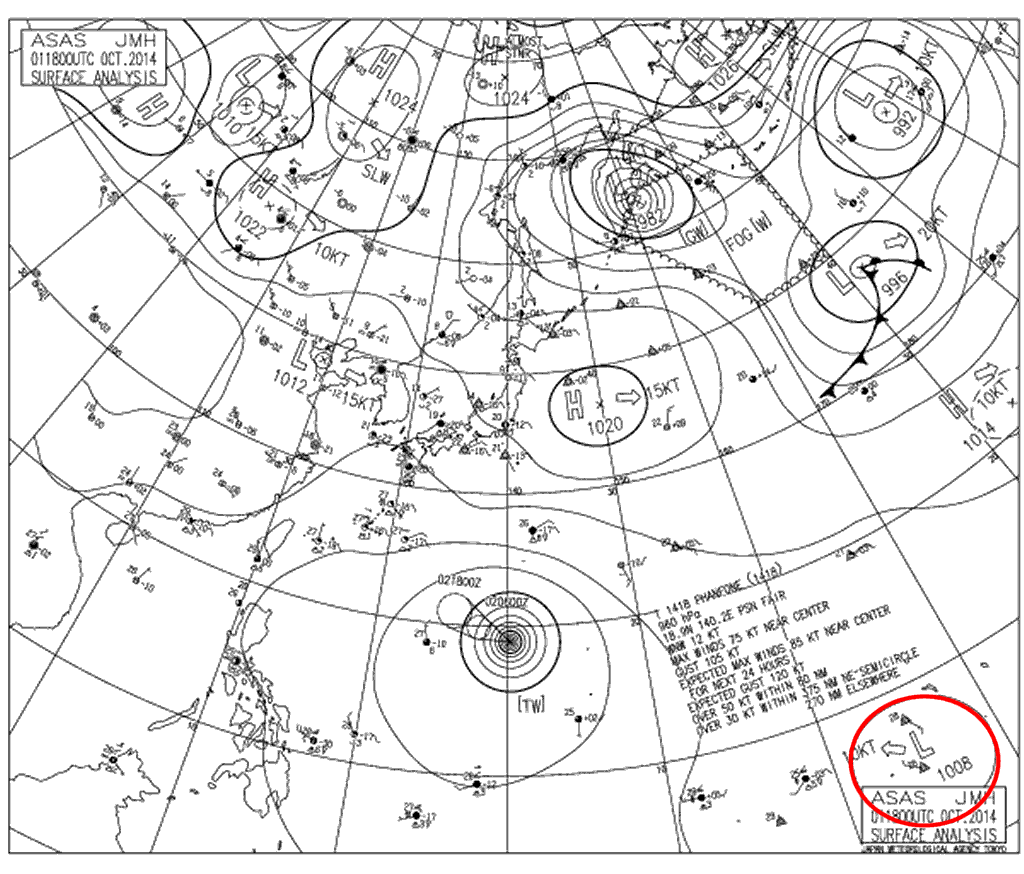