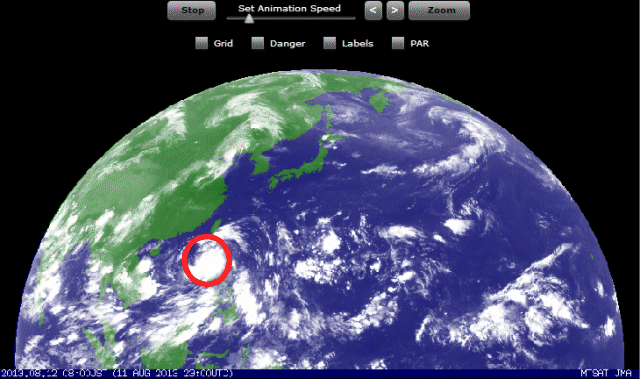 Typhoon  UTOR / Labuyo weakens after it made landfall over Casiguran, Aurora early this morning. Stormy weather will continue throughout the day across Northern Luzon. Its outer rainbands will continue to affect Central Luzon including Metro Manila. The storm is moving towards San Fernando / La Union.

DANGER: Wind gusts can go up to 250 km/h and heavy rainfall may trigger landslides and flash-floods. Look for shelter now!!! 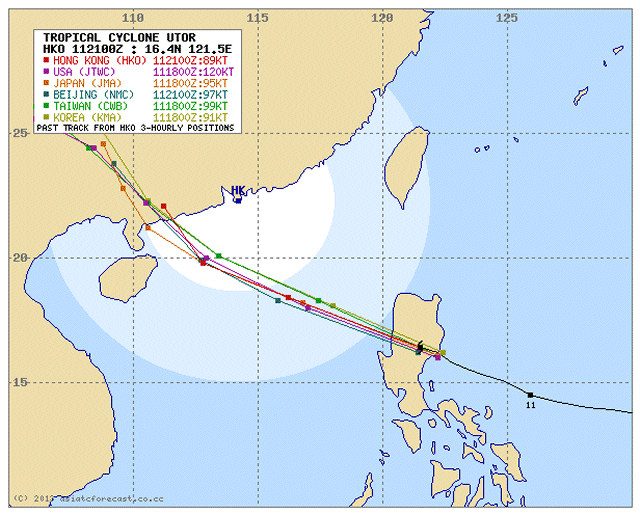 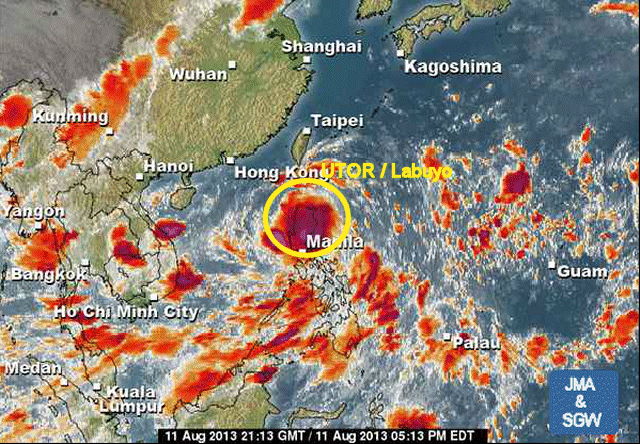 Next update around  12 noon today.