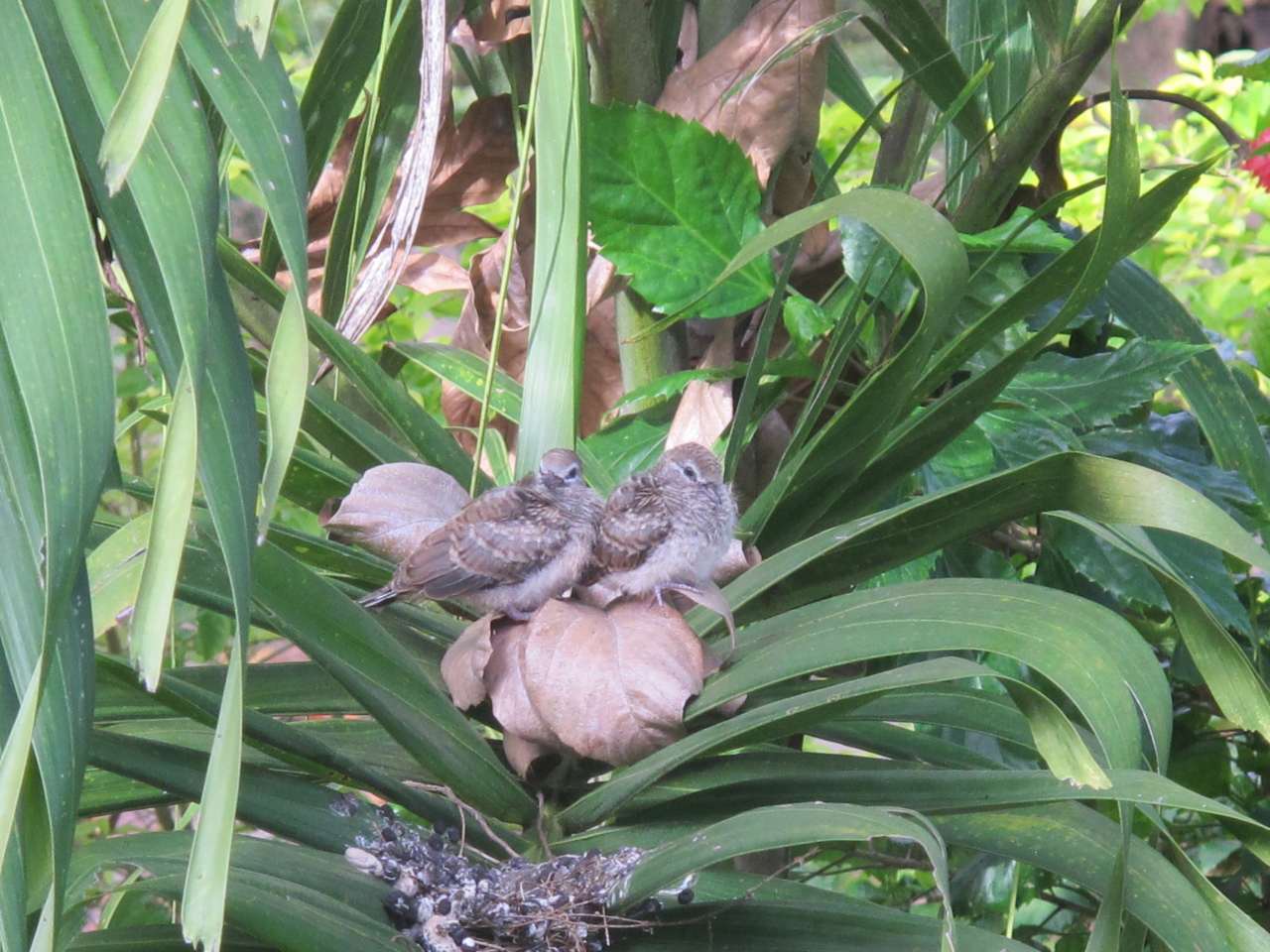 Valentina & Valentino have flown away. The final development of our two young Zebra Doves went on incredibly fast. Compare the two pictures below:

The two thin birds of the first photo did almost double their weight within 4 days. The parent birds did fly in 5 to 7 times a day to feed the youngsters. But most of the time the young birds were alone. They left the nest and climbed around on the palm-tree leaf.
We saw them spreading their wings and grooming their feathers.

On D-Day one of the parents did feed them a last meal before taking off. The first one left with the parent bird. The second one left about a minute later.
About two hours later Valentina came back to the nest where she stayed for a few minutes.

We were astonished to see them take-off without any training and instruction. The pilot’s knowledge must be programmed in their genes.

How we could distinguish Valentina & Valentino

It’s been only in the last days that the kids developed their gender-specific feather colours. The female has an almost entirely white breast and belly. The male has the typical black & white stripes on the front. On the photo above Valentino sits on the right side.

The leaf with the empty nest will fall within the next two or three weeks. But there is another nest. It is also near to the house, but it is higher up and we cannot check what is going on inside.

The sunbirds are back

Several couples of sunbirds are now busily building their sophisticated nests like in the past years. Two nests are being built just aside our walkway. If we can do it without disturbing the birds, we’ll take new pictures.