I start with two remarks: The title picture is from “The Inquirer“. I chose it, because it shows all the facets of hoe and fear that come with Duterte.  Second: Silent Gardens does not comment politics. So I just put the political program in a list, but no comments. 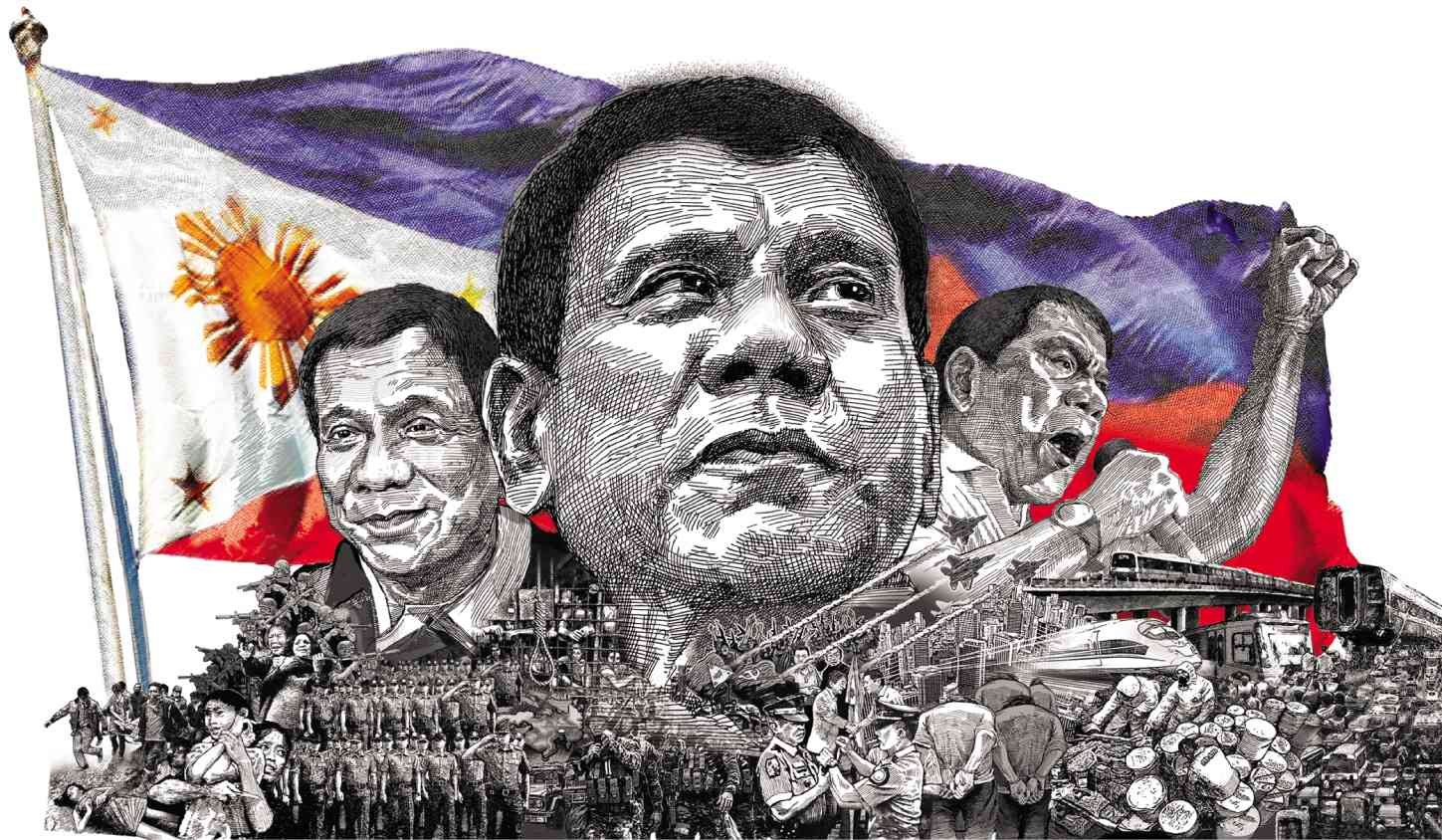 Click on above picture to enlarge. All the tasks of the new president are represented as symbols.

Rodrigo Duterte is 71 years old. During 22 years or 7 terms he had served as mayor of Davao City.  He has also served as vice-mayor and as congressman for the city.

Suppress crime, spread of drugs, corruption within 3 to 6 months

Spread economic growth throughout the country and decongest Metro Manila

OFWs and other workers

This list is very long and very ambitious. In a small and compact country This “six years program” seems to be feasible. But in such a large country composed of 7107 islands the challenge is really an overhelming act of defiance. Above list shows no particular priority except the second point on crime, corruption and drugs. On June 30, 2019, at Duterte’s mid-term, I’ll review this list.

Tags: President of the PhilippinesRodrigo Duterte