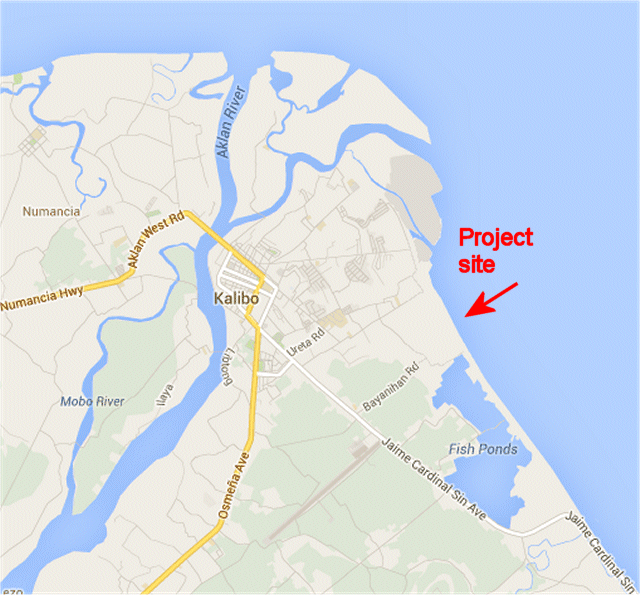 Last Thursday we wrote about the crippled airport project in Laguindingan. Today our friends in Panay found another outstanding project near Kalibo, the  “Pook Ecological Tourism Development Project“.

Hundred thousands of tourists land every year in Kalibo, the capital of the province of Aklan in Panay. But none of these tourists go to Kalibo. They all take the first bus or van and head for Boracay Island at the northern tip of Panay. To get a bit of these tourists’ money, the government of Kalibo launched a prestigious project:

Phase 1 of the Pook Ecological Tourism Development Project will be composed of the construction of a Jetty Port, 20-meter wide Boardwalk, 30-meter wide Boulevard to extend from the vicinity of the Kalibo International Airport, a 10-hectare Mangrove Forestation and Waterways, construction of a Trade Hall for Product Showcase, coastal protection along the seashore and road concreting with embankment.

Phase 2 of the Pook Ecological Tourism Development Project will be composed of a 10-hectare land reclamation  including a mall, theme park, hotel, infinity pool and water sports facilities.

The projet site is just a few hundred meters from Kalibo’s international airport. 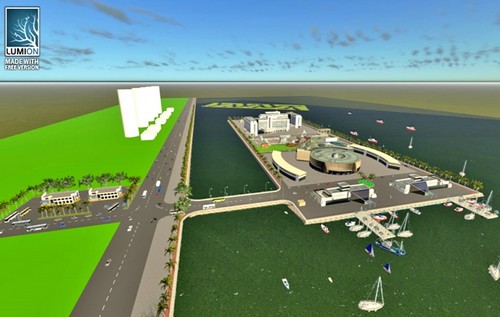 The government presents the project with beautiful computer generated illusions. 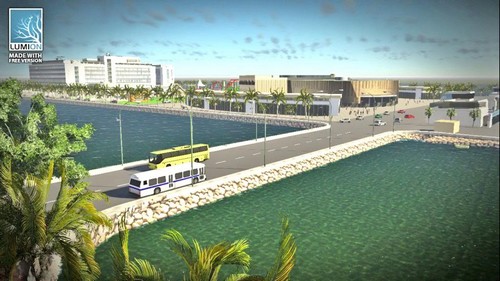 This artificial island is still under water. One might ask whether the responsible engineer had worked in Dubai. 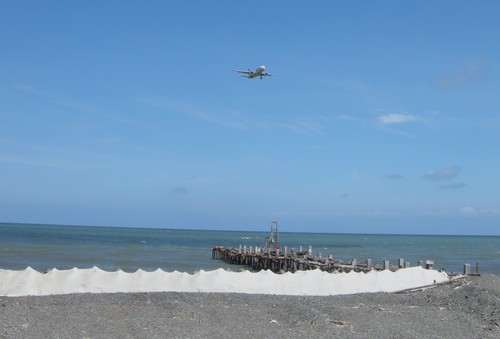 Since the project launch in 2012 not much has been built. 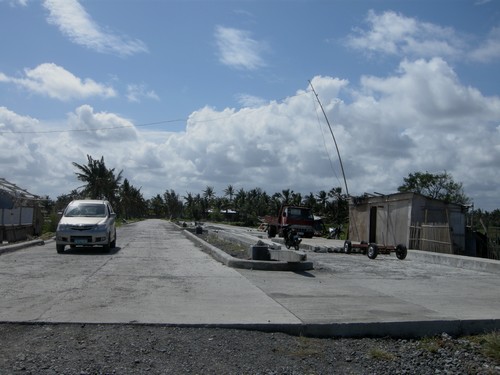 A part of the  30-meter wide Boulevard exists … 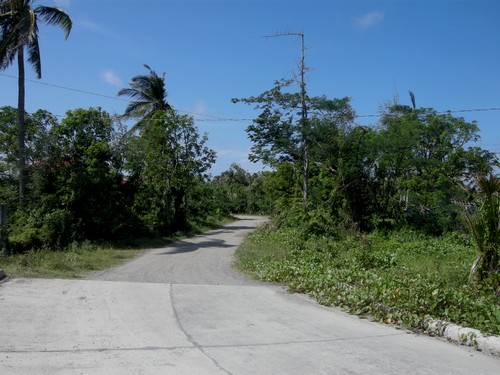 … but it ends in a gravel road.

Phase 1 will cost some PHP 39.445 million with funding source coming from the Department of Agriculture, the provincial government budget and the PHP 8 million award of the province from the DILG Seal of Housekeeping. This money is already granted and authorized. Nobody knows, how much phase 2 will cost.

The problem is that the expected guests won’t come. A similar project, the “Embarcadero” in Legazpi is already wearing away. Although the “Enbarcadero” is beautiful, no, has been beautiful, the shops and restaurants had been to expensive for locals. Lacking of customers many shops closed after a short time. Result: no money available for maintenance.

The same could happen to the Kalibo project.

And there is another error in the project. The Aklan goverment writes:
“The proposed reclamation is one of the components of the Pook Ecological Tourism Development Project, an alternate gateway to Boracay Island specifically for tourists embarking and disembarking at the Kalibo International Airport.”

Tourists want to get to Boracay as fast and as comfortable as possible. The direct sea-link from Kalibo to Boracay is about 57 km. Only high-speed catamarans can do this distance in about 1h30. Any other ship needs 3 to 4 hours.

And even if the government could afford at least 4 fast-crafts, the passengers would prefer the buses and vans. During the peak seasons in Boracay, Christmas/New Year and Chinese New Year, the north-eastern coast of Aklan is exposed to the Amihan waves. From November to May this north-eastern monsoon is steadily blowing and building nice waves.

[Editor’s opinion:] A nice to have project, but unfortunately a “White Elephant”.
Wikipedia writes: A white elephant is an idiom for a valuable but burdensome possession of which its owner cannot dispose and whose cost (particularly cost of upkeep) is out of proportion to its usefulness or worth. The term derives from the story that the kings of  Thailand  were accustomed to make a present of one of these animals to courtiers who had rendered themselves obnoxious, in order to ruin the recipient by the cost of its maintenance. In modern usage, it is an object, scheme, business venture, facility, etc., considered without use or value.