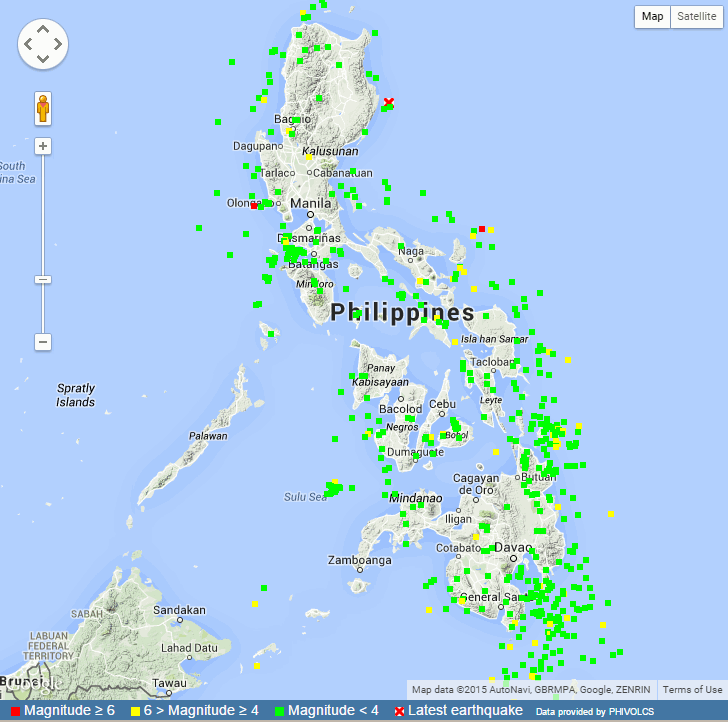 This morning, May 6, we recorded the 500th earthquake in the Philippines in 2015. We live on a shaky underground.

Fortunately this year we hadn’t to record devastating earthquakes in the Philippines and we really hope that this year will continue to be a calm one. The strongest earthquakes were off-shore. The strongest one occurred on February 2 about 90 kilometers northeast of Virac (Catanduanes). It had a magnitude of 6.2. The focus had been only 1 km deep. The second strongest one, an M 6.0, shook San Antonio (Zambales) on January 11. Its focus was 84 km deep, northwest at 43 km in the sea.

Earthquakes in the Philippines

We maintain a page on our website that shows current and past earthquakes in the Philippines. Unfortunately the quality of the data we receive from PHIVOLCS is of poor quality and we have to verify all data before feeding into our database. It’s somehow funny, because analyzing the typos and format errors, we know which PHIVOLCS employee is keying in the data.

The overview map clearly shows the zones of frequent earthquakes in the Philippines. The hot-spots are along the known fault lines, where tectonic plates collide. In the last two years Bohol had suffered from many earthquakes and in some parts the island did lift up for more than 3 inches. The latest recorded earthquake is marked with a red X.

The 10 most recent Earthquakes 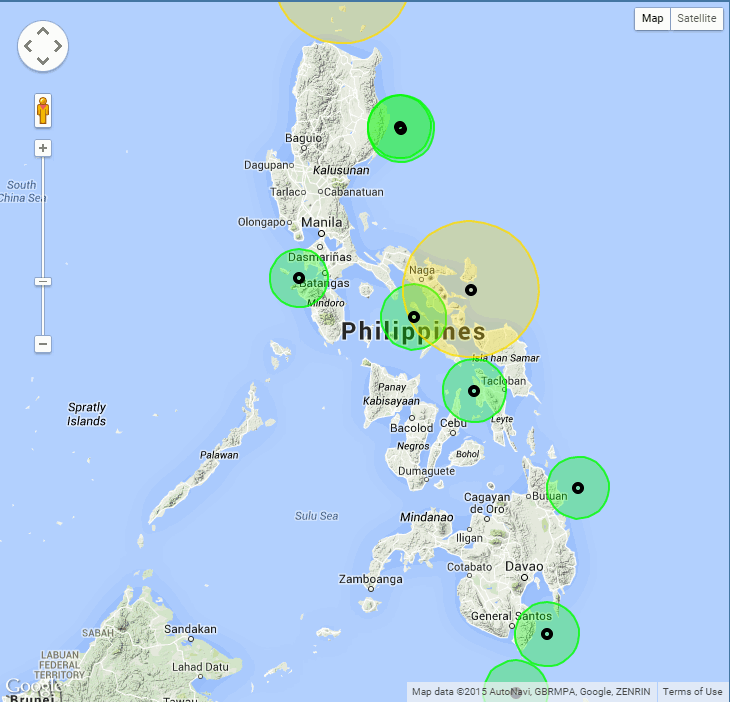 This map shows the latest earthquakes. The circle around the focus shows where the quake could have been felt. 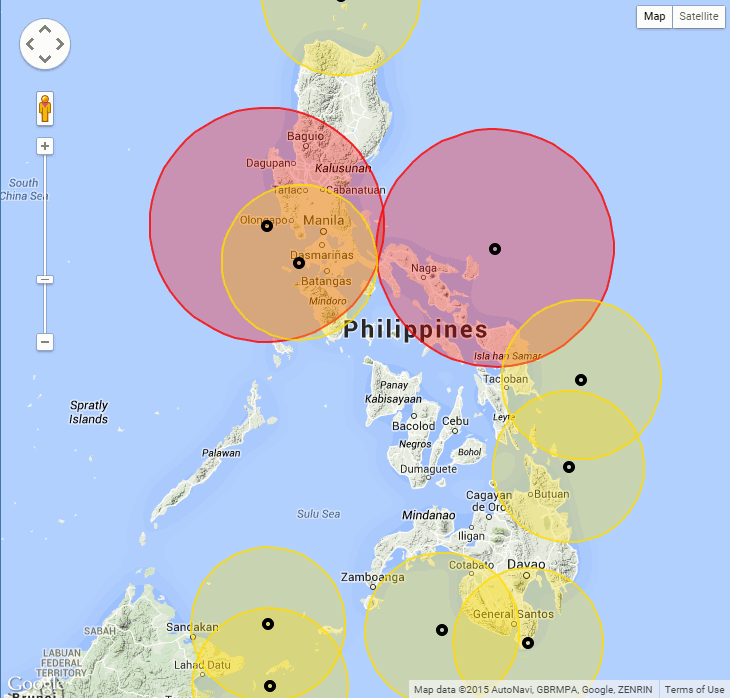 This map shows the ten strongest earthquakes of this year.