A swarm of heavy Earthquakes shakes the Central Philippines

As reported earlier, a swarm of heavy earthquakes with magnitudes 6.9 hits the central Philippines today. The epicenters of the earthquakes are between Negros and Cebu islands.

The aftershocks with magnitudes up to 6.2 had their epicenters in Negros near the town of Tayasan.

All earthquakes could be felt through the central and southern parts of the Philippines. Latest news report 7 death and structural damages on buildings in Negros and Cebu.

Here in Camiguin we are about 160 kilometers from the epicenters, but we strongly feel all the tremors. 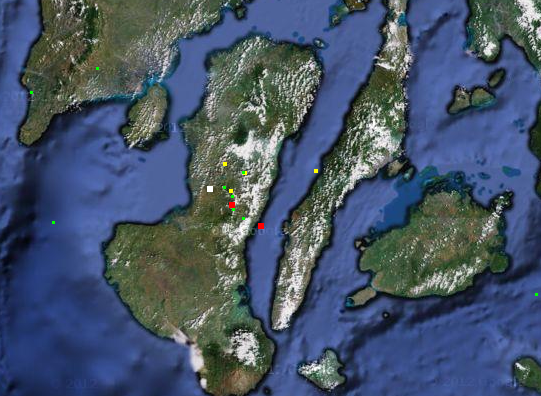