The Earth continues to shake in Negros 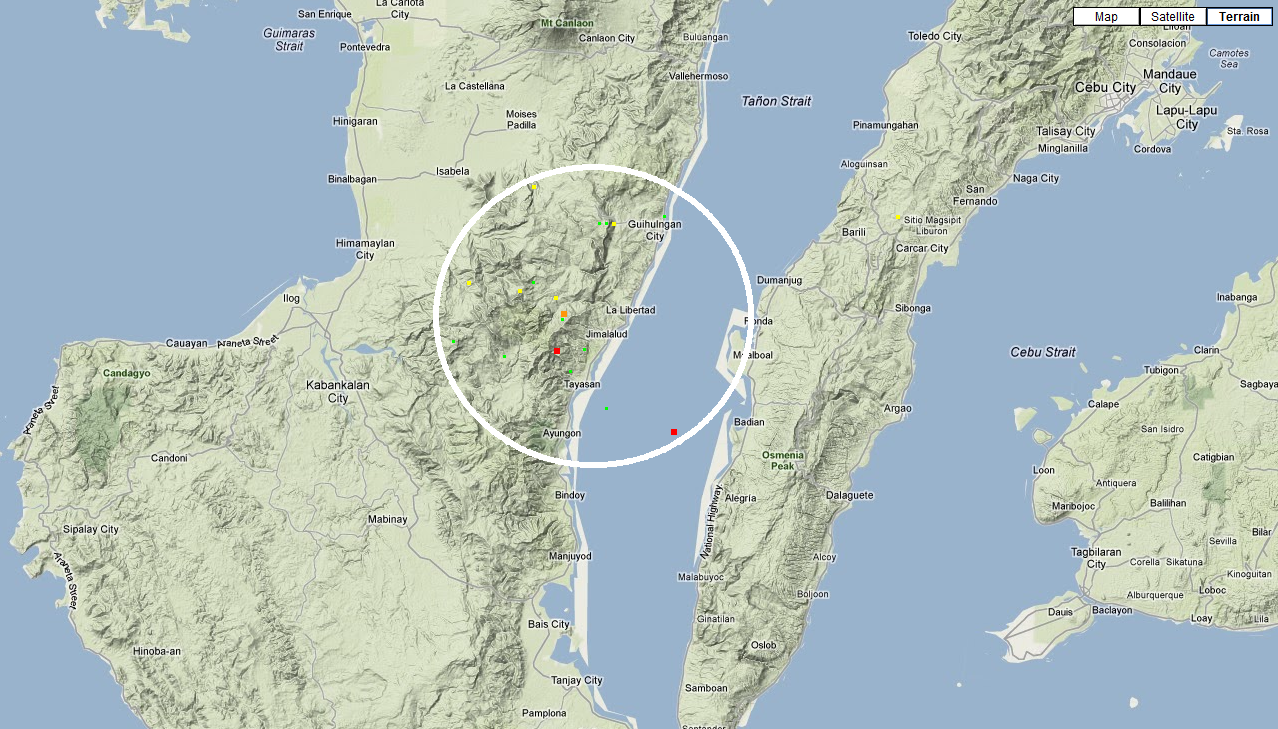 The earth still shakes in Negros and the southern Visayas. Most of the aftershocks can be felt even in northern Mindanao (Camiguin).

The latest aftershock happened this morning at 7:47 AM. The epicenter was again near Tayasan (Negros oriental). It had a magnitude of 4.0 and a depth of 5 kilometers.

The map below shows the locations of the epicenters of this earthquake swarm. Click on the map to enlarge. This map is also available in an interactive form with additional information: 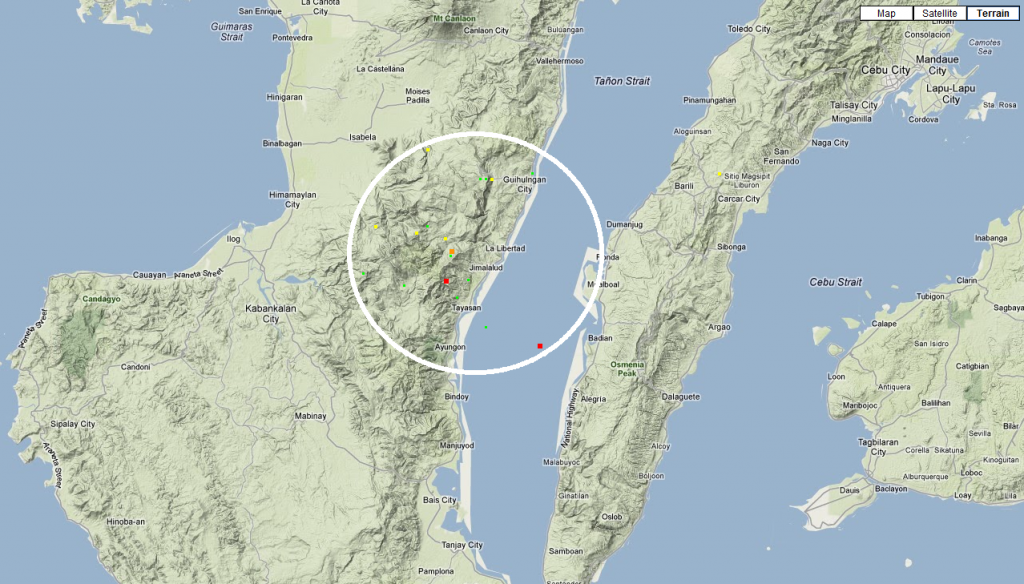 Press reports say that the earthquake killed at least 43 people as it destroyed buildings and triggered landslides that buried dozens of houses in Negros Oriental. As many as 30 houses were buried and at least 40 people trapped in the rubble of collapsed houses were missing in the mountain village of Planas, 15 km from the coastal city of Guihulngan.

The following 2 pictures were taken in Tanjay City, some kilometers north-east of Dumaguete. The pictures are courtesy of Klaus Becker in Baccolod. Thank you Klaus. 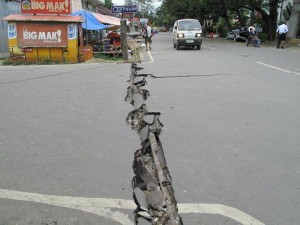 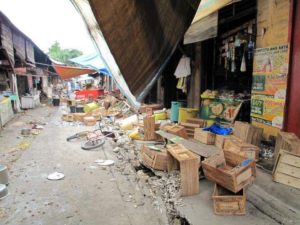 Road and market in Tanjay City