Within a few days the hashtag #WestValleyFault spread all over the Philippines. It became so viral that in different forums people were asking about the Magnitude 7.2 earthquake that hit Metro Manila last Sunday.

There had been no Earthquake in Manila!

What has happened? PHIVOLCS, the Philippine Institute of Volcanology and Seismology is continuously assessing and analyzing potential dangers from  earthquakes and volcano eruptions.  One kind of result of this work are Hazard Maps. Last week Dr. Renato U. Solidum presented the newest Hazard Map, the Valley Fault System (VFS) Atlas, a handbook of large scale maps showing in detail areas traversed by the Valley Fault System, was finally unveiled on May 18, 2015 at the institute’s auditorium, Quezon City.

I had the pleasure to attend to such an information meeting with Dr. Renato U. Solidum. The PHIVOLCS presentation were given during the “The Swiss Embassy’s Wardens” meeting. 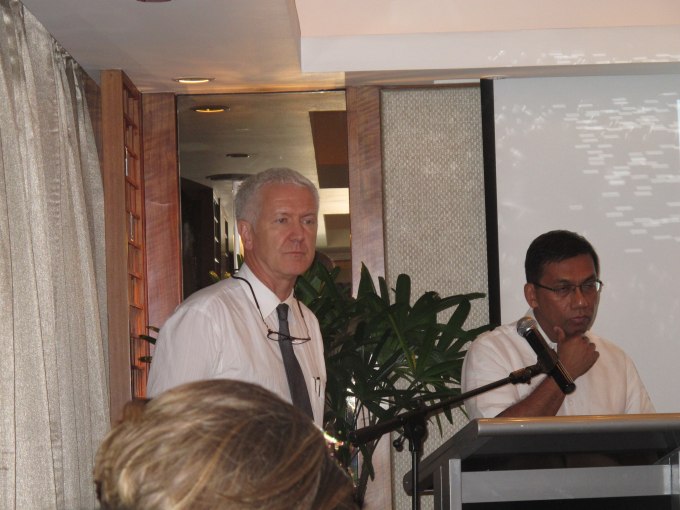 There are many Hazard Maps available on the PHIVOLCS website. You may also find the Hazard Maps for the currently active volcanoes on our Active Volcano Page.

Faults occur when two tectonic plates move relative to each other. Here is a diagram of different fault types: 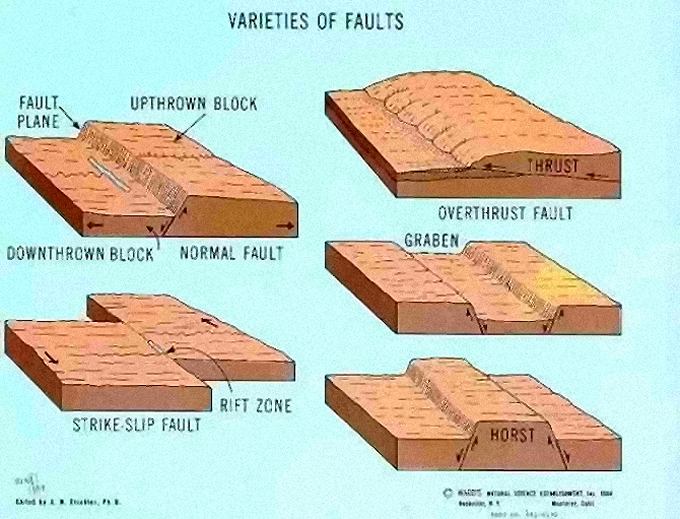 Many faults and fault systems are not visible because they lay deep down in the earth-crust. Other fault lines are at the surface and can be seen either directly on the ground, or if they are very large, from an aircraft. 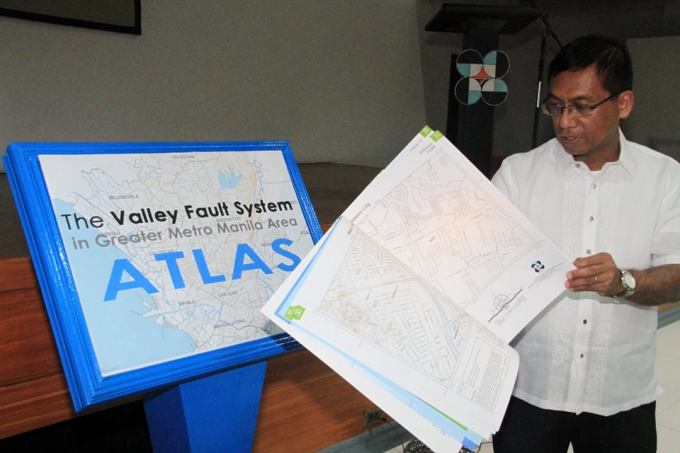 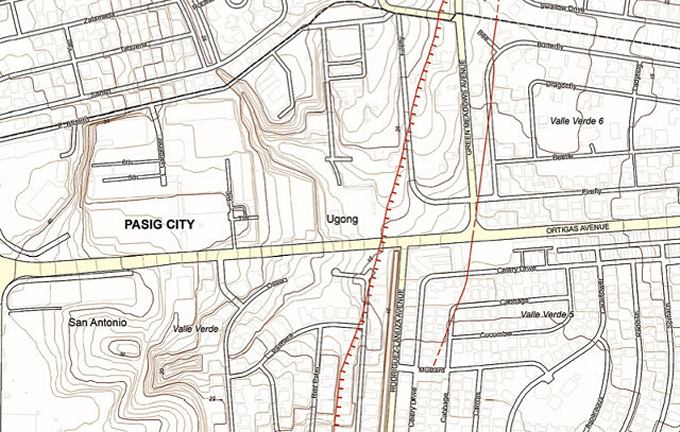 Director Renato U. Solidum said that the location of active faults is a major basis for people’s preparedness for earthquakes, appropriate land use, contingency planning for disaster response, and design of houses, buildings and infrastructures. Future development needs to consider these faults so people won’t be at risk.

“The Valley Fault System Atlas is the Key to people’s awareness and preparedness for earthquakes, appropriate land use, contingency planning for disaster response, and design of houses, buildings and infrastructures, is the location of active faults. The Valley Fault System Atlas was conceptualized as a handy reference for everyone to serve as a guide in making sure that areas traversed by active faults are avoided as sites of houses and structures and considered in various mitigation and response actions to enhance the safety and resilience of communities to strong earthquake events.”

“Nobody can accurately predict exactly when or where an earthquake will occur- the best we can do is to be informed where the risks and vulnerabilities potentially are and prepare and plan ahead for these. VFS Atlas is a critical tool to support development planning and programming. If development is not risk informed, it is not sustainable.”

Panic is the worst Advisory

A cartoon published on getrealphilippines.com illustrates perfectly how many people act. 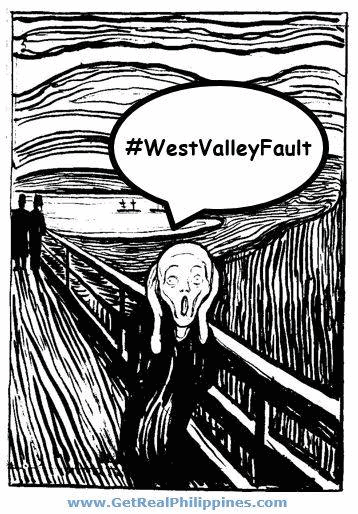 PHIVOLCS has published a handy little booklet with recommendations what to do before, during and after an earthquake:

Again: There had been no Earthquake in Manila! But there is a growing risk that a Magnitude 7.2 Earthquake may happen in the Valley Fault Systems. When it will happen – nobody can predict!