According to Pol. S / Supt. Villamor Macoy, PNP Director in Camiguin Province, the pilot lost control because of strong winds.
This first estimation does not match our own weather observations.

Weather had been rather fair with an overcast of 3/8 and no rain. Visibility had been greater than 10 miles.
There had been a permanent wind from 090 degrees with about 12kts. There had also been some gusts coming from 000 to 090 degrees.

There is still a lot of gossip about the number of pilots, passengers and fatalities.  The police (PNP) released 4 names. We do not publish them for privacy reasons. The local firefighters from the airport and from Mambajao did a good job with foam to prevent a fire. The plane crashed less than 5 meters from a family-house and about 25 meters from a sari-sari store. 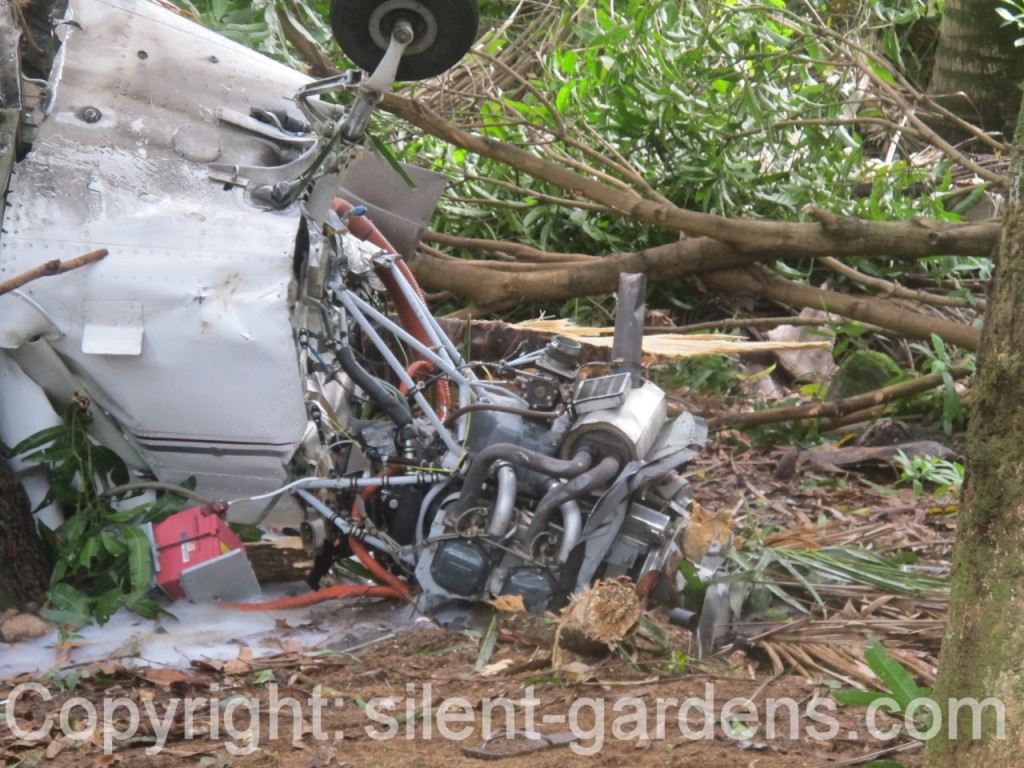 The engine of RP-C209 with residues of extinguisher foam 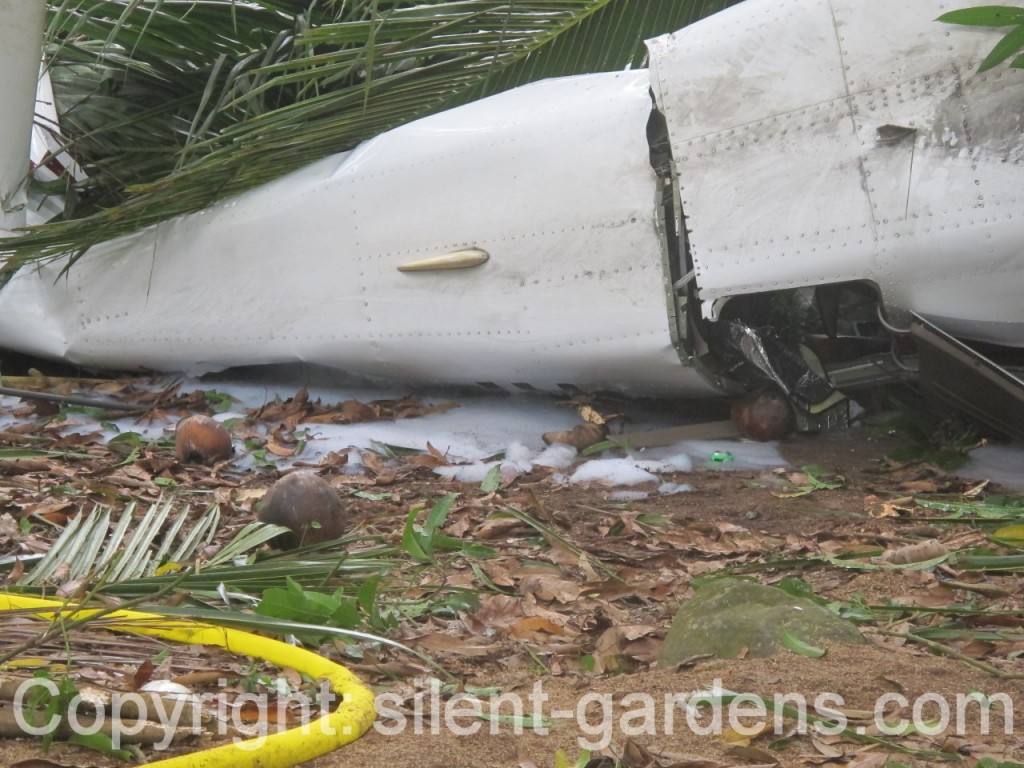 The broken fuselage of RP-C209 with residues of extinguisher foam

A team of CAAP has now arrived on-site and has started investigation.
We shall inform you as soon as real information is available. Stay tuned …